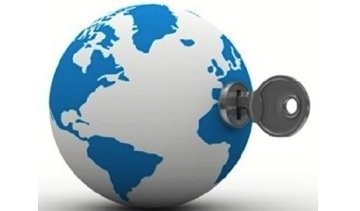 The AITA spent 18 months coming up with standards to ensure the processing, data capture and documentation of evidence was done in a consistent and secure manner, making it easier for countries and agencies to find the e-CSD credible and eventually allowing it to replace an assortment of older security documents.

The initial trials were conducted in the UK. The second test was performed in the Netherlands.

During the London experiment, direct shipments were tested as were Kuehne + Nagel consolidated shipments that were transported from London’s Heathrow Airport to Charles de Gaulle in Paris on Air France planes. The e-CSD information was sent directly from Servisair facility at Heathrow in co-operation with the UK department for transport, over the Traxon network.

According to the IATA, the UK trials prove:

In the Netherlands trial, two live data transmissions were sent. The first was for a direct back-to-back shipment sent by a single shipper in at Amsterdam’s Schiphol Airport to a consignee in at Shanghai PVG. The second was a consolidated shipment from Schiphol to New York’s John F Kennedy airport. The tests were run by Air Cargo Netherlands and audited by the NCTV Ministry of Security and Justice and the Royal Marechaussee.

“These successful trials will improve both security and efficiency. The e-CSD is a key element in securing the whole supply chain. By establishing that cargo and mail consignments have been correctly secured upstream of the airport and through transit points, bottlenecks and delays will be reduced. The endorsement of the UK Department of Transport and regulators in the Netherlands is very significant, as this paves the way for other key regulators to review and hopefully endorse the e-CSD in the months to come,” said Des Vertannes, IATA global head of cargo.

Vertannes said the next step was to conduct trials of live, operational shipments over the coming months.