August 26, 2021
by Inside Logistics Online Staff

August 26, 2021
by Inside Logistics Online Staff

A new cold storage 3PL has launched in Latin America. 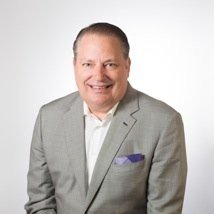 Emergent Cold Latin America has started up with US$450 million in capital.

Emergent’s first acquisition is a frozen fruit processing facility in Piura, Peru, that includes a 7,300-pallet-position warehouse which serves Northern Peru’s domestic customers as well as the import/export trade at Paita Port.

Emergent LatAm – based out of São Paulo, Brazil, and with a corporate office in Miami, Florida – will invest in existing leading cold storage operators and new greenfield projects throughout Latin America to expand its footprint of modern cold storage facilities.

As a part of this strategy, the company plans to invest more than $450 million in greenfield projects and acquisitions in Latin America over the next two to three years. It also plans to buy net-leased cold-storage real estate in key markets.

Emergent LatAm was founded by Neal Rider and David Palfenier, industry veterans with a track record of executing consolidation strategies across the U.S., Europe and Asia-Pacific. Rider, who is CEO at Emergent LatAm, has over 17 years of experience in the temperature-controlled logistics industry, notably as the founder and CEO of both AGRO Merchants Group and Emergent Cold. Palfenier brings to Emergent LatAm decades of experience within the food industry – most recently as the president of Emergent Cold’s Latin America division – and serves as the company’s president.

As an anchor investor in Emergent LatAm, Lineage will provide the company with key support services related to commercial, project development and technology functions. Additionally, Lineage will advise on operational best practices to accelerate Emergent LatAm’s path to creating a leading continental operator.

“Lineage is thrilled to support the development of sophisticated cold chain infrastructure in Latin America with an anchor investment in Emergent LatAm,” said Adam Forste, co-founder and co-executive chairman of Lineage Logistics.

“We are confident in Neal and David’s vision, strategy and decades of successful execution, and we look forward to seeing Emergent LatAm deliver the highest quality logistics solutions to customers in the region.”