After Hong Kong’s government finally eased restrictions implemented after the Omicron outbreak in January, Cathay Pacific is making its way back into global markets, adding capacity to its freight and passenger flights.

However, the carrier is still struggling with regaining its pre-pandemic capacity.

“We have had an extremely challenging start to 2022,” chairman Patrick Healy said in the company’s earnings report.

This March, the carrier was flying only two percent of pre-pandemic passenger capacity. Now, however, the carrier reports an 82 percent year-on-year increase, carrying over 127 thousand passengers this year, with 40 thousand of them just in April. But the report also notes that year-on-year available seat kilometres (ASKs) dropped by over 97 percent compared to 2019.

Cathay Pacific Cargo is also adding as many freighter services as possible, said Frosti Lau, general manager of cargo service delivery. Despite carrying 92,000 tonnes of cargo in April, this is still 43 percent lower than in 2019.

In June 2022, the airline plans to restore its long-haul freighter flights to major European and North American markets. In May Cathay brought back cargo services to Frankfurt, the first freighter flight to Europe since December 2021.

“While our cargo capacity starts to increase, the overall market recovery is not without its challenges, and there continue to be kinks in the supply chain,” said Lau.

The kinks in the supply chain were caused by the mandatory seven-day arrival quarantine requirements for aircrew. According to Lau, for a time Cathay Pacific was the sole airline operating in Pudong, trying to move cargo from Shanghai by air or truck to other ports. 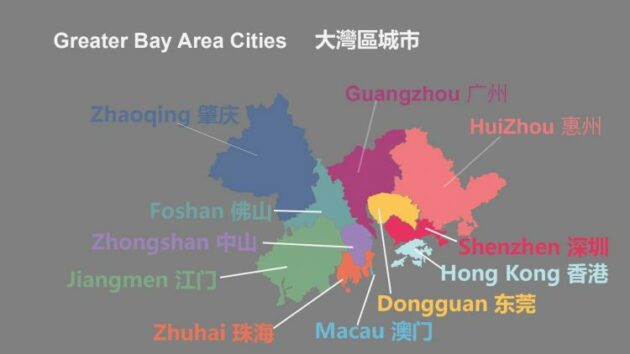 Lockdowns in Shanghai have affected the carrier’s ability to serve the Guangdong–Hong Kong–Macau Greater Bay Area, just as much as global supply chains, slowing down manufacturing output and transportation of goods. Trucking remains an issue between Hong Kong and the Greater Bay Area as it was worsened by Shenzhen and Dongguan going into lockdown.

In Canada, Cathay Pacific flies to Toronto and Vancouver.

Even despite being eased now, strict pandemic-regulation measures in Hong Kong and the eastern part of the Chinese Mainland and the Russia-Ukraine war further complicated other Cathay Pacific’s yearly commitments and goals.

The conflict in Ukraine has led the airline to avoid Russian airspace, forcing aircraft to take longer routes to Europe and the Americas, burning more expensive fuel. This is making it harder for the company to fulfill its sustainable aviation commitment. Cathay pledged to use sustainable aviation fuel for 10 percent of its total fuel consumption by 2030, aiming to reach net-zero carbon emissions by 2050.