The supply chain industry needs to attract more women to ensure it has access to the best possible talent, and it also needs more expertise in STEM-related (science, technology, engineering and maths) disciplines than ever before. But recent statistics and observations from industry leaders suggest there’s still work to be done to bridge these gaps and bring women with education and skills in STEM into supply chain and logistics roles.

Currently, only 13 percent of senior leaders in supply chain and logistics are women, yet women score higher than men in six out of seven leadership qualities, according to research published by Singapore-based consulting firm Novosensus in September 2020.

Kicking off meaningful change in the industry requires a two-pronged approach: increasing awareness of opportunities in supply chain and logistics with students before they choose their careers, and improving the culture within the industry to increase retention and become a more appealing career destination for women.

But why should the industry be concerned? Does gender diversity affect the bottom line?

It turns out they do: companies with diverse leadership are demonstrably more profitable. A 2018 report by global management consulting firm McKinsey and Company reviewed 1,000 companies in 12 countries. Those companies with a degree of leadership gender diversity that fell within the top 25 percent were 21 percent likely to be more profitable than those with fewer women leaders.

In addition, STEM-related expertise is highly transferrable between industries, and demand for it will only increase as artificial intelligence, software development, process engineering, and other STEM disciplines are needed to further technological advancement. Supply chain and logistics companies will increasingly be competing for skilled candidates against more organizations and industries, many of which have established reputations as providing better policies and career outcomes for women such as flexible hours, work-life balance, and clear career paths.

Not yet a destination

Today, a career in supply chain and logistics is still a path that people tend to fall into rather than choose deliberately, said Carol Valentine Fleck, co-ordinator of the supply chain management program at Mohawk College’s McKeil School of Business in Hamilton, Ontario. Fleck said that while enrolment in Mohawk’s post-graduate program is consistently 40 percent women, few to none of those students are coming from technology degrees.

“We even have students that join the supply chain class and really don’t understand what supply chain is,” Fleck said. “Whatever they wanted to take isn’t available.”

This is despite the promising career prospects that come from an education in supply chain management. According to research published by the Supply Chain STEM Educational Outreach Program, university students in supply chain management programs often receive multiple job offers before graduation, are placed in multiple internships from as early as first year, and earn high average starting salaries of roughly $60,000.

On the STEM side of the equation, the fact that these disciplines are not yet attracting high proportions of women themselves is compounding the problem. A report published by Statistics Canada in 2019 stated that representation of women among Canadian-educated STEM bachelor’s degree holders was 36 percent for 30-year-olds and 37 percent for 40-year-olds as of 2016. And while women have accounted for 30 percent of the growth in STEM employment since 2010, they still comprise less than 25 percent of employment in these occupations, according to a study published by TD in 2017.

This lack of female representation is also contributing to a gender-related wage gap. The TD study quotes another study performed in the United States that showed 75 percent of technology occupations had gender pay gaps above five percent, which is higher than the national average.

“Even though women earn higher wages within STEM occupations relative to most other jobs, they still earn less than men after controlling for education, experience, geographic location and other factors,” the TD study said.

In supply chain and logistics, the gender pay gap is even more stark. In the most recent Inside Logistics compensation study, published in February 2020, men were shown to earn an annual average of $96,344 as opposed to the $77,971 average earned by women. This amounts to a difference of $18,373, a gap of 21.1 percent. 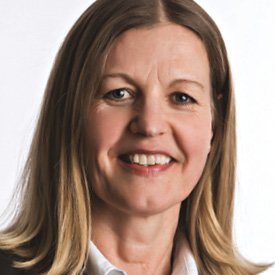 But perhaps the most challenging aspect of attracting women to the industry is the fact that, while there is a distinct lack of women in senior roles, those women who do enter senior management report experiencing a lack of respect in their leadership.

Before transitioning into education, Fleck held a plant manager role for a major producer of glass packaging. She was the only woman out of 87 people in equivalent positions, which she said led to her feeling treated as the “token female”.

“The first question I got asked was, ‘So, who did you sleep with to get here?’,” Fleck said. “I worked at it three and a half years, [and then] new leadership that came in literally did not believe that women could run plants, that it was definitely a man’s job. We parted ways.”

Vera Friedrich, CEO of Dematic Canada, in Mississauga, Ontario, said that she has also encountered situations where she believes she was not afforded due respect because of her gender. However, she cautioned that women may default to assumptions that criticism is gender-related when it’s actually intended to be constructive, a situation she said can be “counterproductive.”

“I really try hard to look behind it and say, does [gender] have to do with it or not?” Friedrich said. “We need to recognize and have self-awareness of whether … it is because of performance.” 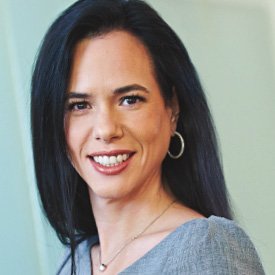 The first part of the two-pronged approach to increasing engagement among female STEM graduates is to educate them young on the opportunities and career paths that exist in the industry’s developing tech roles.

This process should start as early as high school and university undergraduate programs before students begin to make decisions about their next level of education, said Nadine Miller, a Toronto-based professional engineer who holds non-executive director positions with three mining firms and strategic advisor roles with Drone Delivery Canada and venture capital fund Awz Ventures.

In some corners of technology, programs are being put in place to do exactly that. For example, artificial intelligence cluster Scale AI announced in November 2020 that it will invest up to $1 million over the next two years in projects intended to raise awareness of STEM education and career paths among at least 12,000 young Canadians.

Having women who have successfully earned senior roles act as mentors, both through formal and informal structures, is important in helping women gain confidence as they navigate their careers. Friedrich said she has been acting as a mentor for a female engineer in her organization for five years and another for one year, and she sees how her advice has helped them.

“Five years ago, there were very few women around in similar positions,” Friedrich said. “It’s a competitive environment, and as women, sometimes we just need to stand our ground in the same way as men do.”

Both men and women who are industry leaders can also play a role as champions for women to help more of them advance, Miller said.

“A champion can have a very powerful advocacy role in your career,” she said. “One thing that women don’t do well is they don’t market themselves. … [The support of a champion] helps build your self-confidence.” 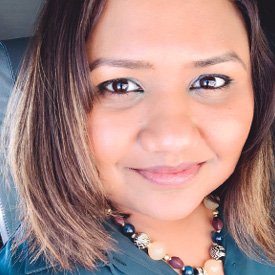 These shifts may attract more women with STEM expertise into the industry, but retention could be an issue if the supply chain and logistics industry is unable to adopt policies that are the norm in other industries, such as flexible hours and work-life balance.

Allowing flexibility in scheduling shows empathy regarding the dual pressures of work and family that are placed on women today, said Anita Raj, vice-president of product marketing at industrial operations AI company ThroughPut Inc., based in Palo Alto, California.

“What we, as a technology company in the supply chain space, say [to employees] is plan your day, plan your work, based on your schedule,” she said.

“If you have kids you’re trying to take to school, or if you’re trying to do different activities, I don’t think it’s effective if we are very stringent about how people manage their time. [For] companies on the manufacturing side, it is difficult, but you do have shifts. If you are working in that kind of atmosphere, offering some flexibility in terms of shifts that are a lot more rotational and flexible based on [employee] needs and requirements, that’s the right way to do it.”

Women sometimes drop out of technology roles when they have children because a stigma still exists around leaving the workforce for extended periods. Corrie Banks, general manager of Quasar, a supply chain visibility platform developed by Cando Rail Services and based in Calgary, Alberta, said that making it easier for women to rejoin the workforce when they return from parental leave can keep talented people engaged.

“We have some really strange biases about it in the industry,” she said. “If someone chooses to take time off, which is important for a lot of women, we need to build structures so that they can come back in. Coming back into the workforce [after having children], I was a stronger person and way more valuable, I think, because I had this different experience.”

Starting from the top

With the future of the industry increasingly dependent on technology, shifting attitudes and structures to make careers in supply chain and logistics more appealing to young and talented employees will become essential to the industry’s future success.

“This generation typically wants to see a lot more diversity,” Raj said. “They want to make sure that the policies that the company is talking about in the media, that they are walking the talk.”

Attracting that diversity and shifting the reality, and later the perception, that supply chain and logistics is a male-dominated industry, will require commitment from its leadership to effect change right from the top.

“It’s an acknowledgement that starts from the top in any company that it’s a company of equal opportunities,” Friedrich said. “That’s what it takes. It’s the top leadership driving that awareness.”