Cheap overseas labour, global supply chains and dwindling pools of skilled workers at home have wreaked havoc on the sector in Canada 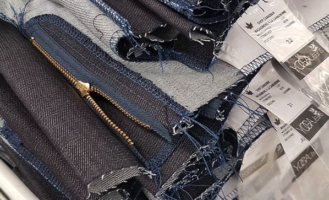 Yoga Jeans makes all its garments in Quebec.

MONTREAL – Amid the whir of sewing machines, Jean-Philippe Robert surveys the floor at his parka company’s newest factory on the northern edge of Montreal.

When it comes to apparel manufacturing, “the ecosystem has disappeared for the most part, but it’s still here – some of it,” Robert says.

Cheap overseas labour, global supply chains and dwindling pools of skilled workers at home have wreaked havoc on the sector in Canada. But a handful of domestic clothing makers are not only holding out against the offshore tide, they’re growing production by targeting niches such as high-end outerwear, eco-friendly manufacturing and the marketing clout of a made-in-Canada brand.

Quartz, founded in 1997, has expanded from one to three factories this year, buying a pair of apparel producers in Montreal and Victoriaville, Que. (The province is home to half of Canada’s apparel manufacturing industry.)

Sales have increased 40 per cent annually over the past three years and employee numbers have grown to 100, says Robert, 35, who co-owns the company with his two brothers.

Their success has emulated – on a much smaller scale – the explosive trajectory of luxury jacket maker Canada Goose. That company has opened six new factories across the country in the last three years, bringing its domestic total to eight plants and 4,000 workers – one-fifth of the Canadian garment-making sector’s workforce. 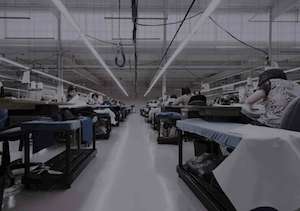 Like Canada Goose, Quartz opted to keep production at home due to the quality and winter know-how that Canada’s “brand” connotes, despite the fact that coats cost as much as four times less to produce in Bangladesh or Cambodia.

“’Made in Canada’ gives it credibility – especially when we’re talking about outerwear and cold-weather products – in the local and international markets,” Robert said.

Swift adaptation to fickle fashion trends and tight control over production offer another incentive for apparel companies to stay on home turf.

With no overseas shipping to slow down his supply of pants, “we can change gears fairly quickly and really respond to the demand in a big way.”

Yoga Jeans, which specializes in premium denim pants for women in North America, makes all its clothing at its two facilities in Montreal and the Beauce region south of Quebec City. The company has more than doubled its sales in the past five years, with an 18 per cent jump last year alone, said Wazana, 47.

The smaller scale and flexible production line also allow the label to manufacture a range of fits in an environmentally sustainable way, he said.

“There’s kind of a resurgence or an appreciation for products that are made locally in an eco-friendly fashion, and for different body types.”

But Wazana, like a lot of clothing makers, relies on a less publicized production tool: Foreign partners.

Most items at his other apparel company, Denim Solutions, which manufactures jeans for various brands, come off the line at partner facilities in Mauritius, Vietnam and China before heading off to one of 1,200 points of sale, he said.

A labour shortage is part of the problem, as the ecosystem that surrounded Canada’s once vast garment industry faded.

Between 2010 and 2018, the number of Canadians in clothing manufacturing fell by 22 percent to about 19,400, according to Statistics Canada.

Outsourcing comprises the biggest shift in North American apparel manufacturing in the last 40 years, said Prof. Marsha Dickson, co-director of the Sustainable Apparel Initiative at the University of Delaware.

“The suppliers are under tremendous price pressure and primarily being asked to do a lot more than they’re being paid fairly to do,” Dickson said.

To stay competitive, manufacturers like Royer, a Quebec-based work-boot maker, seek out cutting-edge programmers who can marry sophisticated design with efficient production.

“To automate every step of that process for work orders, we need to do programming, from the production line to the distribution centre to the shipping,” said chief executive Simon La Rochelle.

Despite the cost, the Lac Drolet, Que.-based brand opened a second factory in Sherbrooke, Que., in September after 85 years in the business. The highly automated plant has five times the capacity of the original facility.

While it assembles its boots – their buyers are construction and mining workers as well as first responders and the military – in Quebec, components such as unfinished soles and toe caps often come from abroad.

Montreal-area clothing makers will need to hire about 5,000 employees in the next two years to meet demand, according to Nmode, a non-profit that represents the city’s fashion sector.

The long decline of Canada’s clothing makers seems implicit in the language of survival that colours its promotions. “We take great pride in being survivors of the North American footwear industry,” Royer states on its website.

For a select few, that pride may yet win out over fears of fading like an old pair of denims.

“For certain types of products, in the higher range, the origin still matters very much for the end consumer,” Jean-Philippe Robert says back at Quartz, the down-stuffing machine humming away behind him.

“It’s also the pride, the value, of making things here in Canada.”