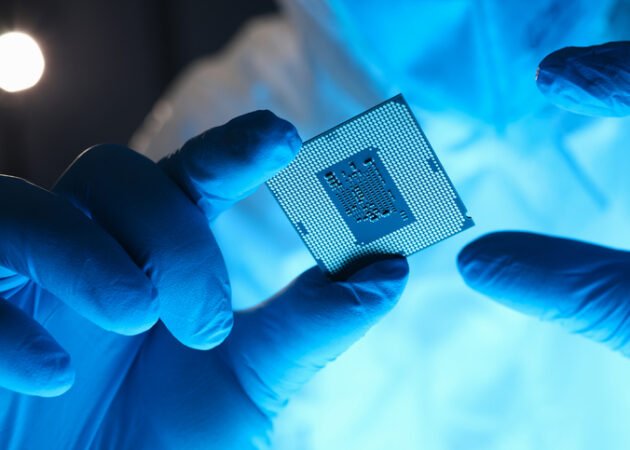 When the Covid-19 pandemic began, the immediate health crisis was just the first of a long line of problems that tech company Voltera had to overcome.

The Kitchener, Ontario-basedcircuit board printer maker was still recovering from an aluminum shortage when the pandemic grounded international commercial flights Voltera relies on to ship products, so it switched to slower ocean freighters.

Costs began to soar as demand for shipping services surged. Voltera then started having difficulty acquiring certain parts after its plastic manufacturer was contracted by the U.S. government for Covid materials. On top of that, a shortage of semiconductors materialized.

“It was like popping holes in a boat,” recalled Shawn Baron, Voltera’s operations manager.

Voltera’s experience is similar to what other Canadian tech companies faced as the pandemic upended global manufacturing processes, shipping times and supply chains.

They predict it will be months – at the very least – until their processes are back to normal and warn it will take even longer to make up for lost profits and elevated costs.

Baron said Voltera’s sales took a 20 percent hit compared to 2019 and though his company absorbed that blow, he believes others will be dealing with Covid-19 ripple effects for a long time.

Years for chips to return

Experts are predicting it will take years to clear the shortage of semiconductors, known as chips, that emerged when people purchased more gadgets for their increased time at home, factories closed to quell the disease, a Japanese plant was engulfed by fire and a Texas facility was shut down by a cold snap.

Apple has warned the shortage could cut US$4 billion from its sales, General Motors temporarily laid off 1,500 workers at its Ingersoll, Ont. plant because of the lack of chips its vehicles require and Canadian toymaker Spin Master Corp. previously it was considering price increases to deal with the situation.

Shipping is also experiencing upheaval. The Drewry World Container Index shows the rate to move a container from Rotterdam to New York reached US$1,142 this week and surged by 107 percent since last year. The Shanghai-Rotterdam route was even more expensive at US$13,787, up 637 per cent from last year.

“And the container price itself is only a part of our total shipping cost,” said David Coode, the chief executive officer at Sera4, a Waterloo industrial keyless lock company.

“We have the port fees, the loading fees, the customs and brokerage clearance and all of those things.”

He’s seen shipping costs triple and quadruple, has heard of containers surging from $2,000 to $15,000 each and said insurance is on the rise too.

To add to the headaches, one of the world’s busiest cargo ports, Ningbo-Zhoushan in eastern China, partially closed in recent weeks to deal with a COVID-19 outbreak, causing port delays many expect to stretch into next year.

The closure comes after roughly 1,150 dock workers at the Port of Montreal staged a strike in March, massive cargo ships were sitting at anchor in California as staff struggled to keep up with unloading in April and a blockage in the Suez Canal snarled transport times during the spring.

Sera4 uses ports in South Africa often, but found during and after the Suez blockage others started diverting their shipments there too.

“Those ports got clogged and the knock on effect was really, really difficult,” Coode said.

“I don’t know when that’s going to get back to normal.”

Even those who stuck with or switched to air freight were not unscathed.

The Baltic Exchange Air Freight Index, which tracks global air freight capacity and prices, found rates on Hong Kong to U.S. routes averaged US$8.70 per kilogram in May, the highest they had been all year. The price has since slipped to US$7.90 per kilogram in July, but remains about double the US$3.44 per kilogram rate shippers paid in the summer of 2019.

Those who were willing to pay those prices also had to contend with a lack of capacity because fewer commercial planes in the air during lockdowns meant less space for goods.

Supply chain problems are common and the product of years of strict and long production networks spread out over vast distances, said Dan Breznitz.

The University of Toronto professor and Munk chair of innovation studies said companies would benefit from shorter and more regional networks, but business leaders seldom pursue them because of prices, competition and comfort.

“Everything we have opted not to remember and not to be aware of comes to haunt us now,” he said.

“Companies suddenly realized that things that they thought are mundane and that they shouldn’t worry about like who produces what and where are suddenly things that became critical.”

When one region specializes in certain parts or products for much of the world, one hiccup can impact entire industries and fixing a snafu can be costly and time consuming, Breznitz said.

He hopes Canada will analyze issues highlighted by the pandemic and try to address them.

The U.S., for example, is mapping out its supply chains. The goal, said Breznitz, isn’t to completely replace products or parts from popular manufacturing countries like China and India, but find ways to bring some of those capabilities to the U.S.

“We want to make sure this is an opportunity of a lifetime,” he said. “But that will not happen without coordination and thinking.”