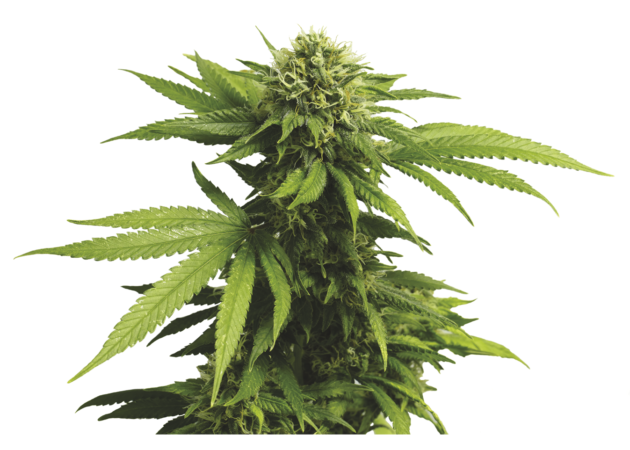 In the year since recreational cannabis was made legal in Canada there have been highs and lows as demand soared and rules changed while distributors sought to keep up.

While the rollout has dragged in places, Ontario has perhaps had the harshest trip. The Doug Ford government came to power a few months before legalization and dampened the blaze.

While the plan remained for crown agency Ontario Cannabis Store (OCS) to run online sales, in the weeks after legalization OCS faced many challenges including labour action at Canada Post, licenced producer labelling issues – and staggering demand. In its ﬁrst 24 hours of existence, the agency received nearly 100,000 orders, more than all other Canadian online cannabis retailers processed in their ﬁrst month combined.

At the same time last fall, the new government changed the plan on physical stores from public to exclusively private, with OCS as the sole wholesaler and distributor. These stores, however, were only opened in April 2019 – and they were few.

Of the more than 560 licensed cannabis stores across the country, about 45 are located in Ontario and Quebec, where two-thirds of Canada’s population makes its home. Over half of total stores (a whopping 280-plus) are in Alberta. BC has about 92.

This is a barrier for licensed producers to get products to market, notes Trisha Leblanc, national cannabis industry leader at consulting ﬁrm Grant Thorton. “This is especially true in Ontario, where there are only about 25 stores open and operating in the entire province,” she reports. “Toronto alone only has ﬁve stores for a population of 2.8 million, which is obviously much less than the 60 that Calgary has.”

Distribution models vary widely across the country. All Alberta stores are private, like Ontario, with online sales managed by Alberta’s gaming and liquor commission. Saskatchewan and Manitoba have both private online sales and retail stores; in Manitoba, only ﬁrms with physical stores can sell online.

The Yukon government has gone with private stores and online government-run sales. In the Northwest Territories, the Liquor and Cannabis Commission handles distribution and online sales, with ﬁve privately owned stores authorized to sell.

In British Columbia, cannabis is sold in stores that are mostly private, with a few run by the B.C. Liquor Distribution Branch (LDB), which also handles distribution and online sales.

And although there are many stores in some provinces, supply is still not meeting demand. “In Alberta for instance,” says Leblanc, “stores have had to close certain days of the week while they wait for more supply. There is also a lack of retail shelf space.”

In B.C., “despite widespread supply shortages across the country early on,” says the LDB’s director of supply chain for cannabis operations, Jeff Ring, “the LDB was able to maintain consistent supply of wholesale product to service wholesale customers, including our public-run stores and online BC Cannabis Store.”

A lot of the challenges for Cannabis New Brunswick since recreational legalization, notes senior communications specialist Marie-Andrée Bolduc, involved “quickly adapting our processes” to accommodate its partners, who were doing their best to navigate the situation. “When the supply challenges and lack of inventory became apparent just before launch, we had to overhaul the way we ordered product in the short term and the way we distributed it to stores, and we had to look at inventory management differently. The volatility of shipments meant we had to put some quick manual work-arounds in place…while we were making system changes.”

This quick and nimble problem-solving was also used by OCS last fall to clear its colossal online order backlog within about three weeks of recreational legalization. The agency states that now, almost 99 percent of customers receive their orders within three days.

In other developments in Ontario, over 50 additional private stores are being given the green light, and in October OCS conducted consultations with industry to “fully explore the viability of delivery models that could leverage greater involvement from licensed producers in the storage and transportation of product to authorized retail stores.” In January, OCS put out a tender for couriers to make same-day deliveries in the Toronto area, but cancelled that in April and will not explain why.

Efﬁciencies will come from private players leveraging their larger economies of scale around logistics, space and more, he says. He believes these private ﬁrms will also be able to draw on lessons learned from distributing and storing other highly regulated products like alcohol and tobacco.

Rollout of edibles, beverages and more

Canada’s cannabis supply chain will have to muster all of its experience from the past year in order to successfully handle a plethora of new ‘phase 2’ recreational products about to be legalized by year’s end: edibles, drinks, topicals and vapes.

Osak expects volumes of edibles to slowly build in the ﬁrst quarter post-legalization and then ramp up signiﬁcantly, increasing supply chain complexity. “Additional volume is not necessarily a bad thing in the medium term when product choices, supply and inventories become better aligned with consumer demand and market access,” he explains. “However, there will be some product returns, higher inventory levels and possible trackability issues – and I believe the private sector is best positioned to handle these challenges.”

Marijuana producer Aurora, in order to continue to ensure sufﬁcient supply for domestic and international markets of existing products and to address production, packaging and distribution of new products, has established production hubs in Bradford, Ontario, Pointe Claire, Quebec, and Leduc, Alberta. Together, they total over 450,000 square feet.

For its part, Cannabis New Brunswick, which many hold up as the best provincial cannabis supply chain in Canada, incorporated planning for the new ‘phase 2’ recreational products during planning last year for ‘phase 1’. “The team had…considered inventory management requirements both at the warehouse and at the stores,” says Bolduc, “and had planned our infrastructure and systems to be ready.”

However, Grant Thorton’s Leblanc is of the view that the new product categories will strain a product supply chain already facing many challenges. There are many unanswered questions in her mind, about shelf space in existing stores, for example, stores that are very limited in number in some provinces.

She also notes that new products like beverages “are much heavier than current cannabis products, and in provinces where there are not sufﬁcient retail stores, will consumers be interested in purchasing these online?”

And she asks, “where there are retail stores, is there sufﬁcient space for refrigeration of beverages, which it is largely anticipated that consumers will want to purchase already cold?”