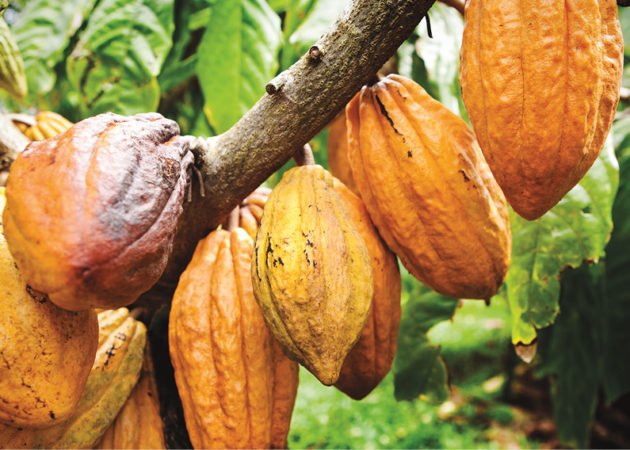 Cacao growers that have switched to growing the plant for chocolate are using blockchain to facilitate commerce.

The growing complexity of global supply chains is making it increasingly difficult to maintain trust. Blockchain has been proven to have great potential for solving this problem, but wide deployment won’t occur overnight.

A 2018 study by the Association of Certiﬁed Fraud Examiners (ACFE) contains some troubling statistics for supply chain stakeholders. Of 2,690 fraud cases surveyed, 89 percent involved misappropriation of assets. Of greater concern, however, is the indication of a general lack of preparedness – internal audits and management review combined detected only 28 percent of the schemes, while 40 percent were discovered by random tips.

“Because of their complexity, supply chain operations provide abundant opportunities for fraud or misconduct, both by employees and external parties,” warns a recent KPMG study on supply chain fraud.

Fraud, however, may be only the tip of the iceberg. Weak accountability in supply chains can lead to lawsuits, large-scale recalls, damaged cargo, loss of customers, and widespread inefﬁciencies. It also leads to routine losses such as ﬁnes that are unfairly assessed. “Late ﬁnes are just paid – that’s the hidden secret of the industry,” says Ashik Karim, CEO of Burnaby-based blockchain solution provider LiteLink Technologies. “What’s happening now is folks are embedding late ﬁnes into their fees.”

Blockchain technology takes the uncertainty out of the supply chain by providing an unbreakable audit trail of events that serves as a common record for all involved parties. Consequently, essential facts such as arrival times and shipping routes, provenance and condition of goods, or environmental conditions affecting shipments and storage can all be captured and certiﬁed.

“The goal of the association is to bring people together in conversations, establish certain standards with the help of GS1 and BiTA, and provide a Canadian voice,” says CBSCA president Erik Valiquette, who is based in Montreal.

The technology is also widely misunderstood, partly because of its association with cryptocurrencies such as Bitcoin.

What confuses many is that blockchain has three functional components that may or may not be applied in a particular solution. The IT research ﬁrm Gartner has incorporated these in a decision tree for prospective adopters.

They can be summarized as follows:

1. Distributed Ledger Technology (DLT) – the encrypted and certiﬁable record of events, which may be inputted from multiple sources.

3. Digital Tokens or Smart Contracts – the use of blockchain as a payment medium or as a platform for “smart contracts” where events are automatically initiated when various conditions are met.

The DLT component is the easiest to implement, and consequently, accounts for most of the early supply chain use cases in Canada. In fact, DLT is sometimes mistakenly given as a deﬁnition for blockchain.Canadian use cases

Brookdale Treeland Nurseries, based in Schomberg, Ontario, is using a LiteLink blockchain solution to streamline its Canada-wide distribution network. The system has many of the attributes of a routing system, but with an important difference – all the routes are certiﬁed in the blockchain, and all activity is traceable.

“So when late ﬁnes are administered, our system is now the source of truth between the supplier and the buyer.
So there’s no argument and no disruption.”

LiteLink’s software, 1ShiftLogistics, can be purchased as a standalone, e.g., for an independent trucker who wants to avoid unfair late ﬁnes, or by an organization which can scale the blockchain according to the number of participants. In addition to geo data, the software supports input from cameras, and from sensors which the company also provides.

Another traceability example is a pilot by Toronto-based Shoppers Drug Mart for ensuring the provenance of cannabis shipments. The solution, based on software from Venice, California-based TruTrace Technologies, uses blockchain to create a shared ledger that serves cultivators, testing labs, transport companies, manufacturers of topical and edible products, government regulators, and other stakeholders.

The approach, explains TruTrace co-founder and CTO Tommy Stephenson, “is to create a peer network in a trusted node infrastructure that allows everybody from the distribution side all the way down to Health Canada to participate in that trusted node network.”

The blockchain is employed to register the various strains of cannabis, to record licenses and certiﬁcations for cultivators and labs, to certify test results, and to track the movement of product, which is packaged with scannable seals. The key to wide participation, Stephenson notes, is keeping the barriers to entry low. “We try to make this as simple as possible,” he says.

Toronto-based Convergence Tech, a digital transformation company that employs blockchain, has recently gained international attention for helping solve a unique problem – how can shoppers who want to buy sustainable and ethically sourced products ensure that they’re getting the real thing?

This problem is particularly urgent in Mongolia, where the supply of cashmere and the long-term livelihood of herders are being threatened by unsustainable grazing practices – a development that has caused some sustainable brands to discontinue their Mongolian cashmere products.

Using Convergence’s technology and expertise, the UN-supported sustainable cashmere pilot is using blockchain to register herders who maintain sustainable practices and then verify the provenance of their cashmere. With a relatively modest investment in technology, the project is creating a system where none existed for the second-largest export industry in the country.

“There’s currently no system to monitor any part of the process in Mongolia for this kind of cashmere,” says Convergence Tech CEO Chami Akmeemana. “Shearing only happens once a year, but during shearing season, buyers have no idea how much cashmere is available. There are also middlemen that manipulate prices, etc. So the ﬁrst part of this was to digitize – leaping into a decentralized system that the herders, the buyers, and everyone can trust because it’s in the record.”

Another global example of blockchain’s enabling power comes from Choco4Peace, a Montreal-based social enterprise that connects independent Colombian cacao farmers with global markets. The project originated when the company’s executive director Sergio Figueredo learned of the plight of farmers who were trying to transition from growing coca leaves for cocaine production to a much safer and more stable alternative – growing cacao for chocolate. Their previous economic dependence on organized crime – some communities even used cocaine as their currency – meant they had no access to external markets, loans, insurance, or payment methods.

“At this point we realized that there is a systemic issue with the entire chocolate industry,” says Figueredo. “They couldn’t get payment because they didn’t have banking. They couldn’t get crop insurance. They didn’t have technology, and they weren’t getting much help from the government. This wasn’t just about getting paid fairly – these people were not part of an inclusive economy.”

Choco4Peace uses blockchain to not only ensure traceability, but to serve as a shared platform for an independent self-governing community of producers, buyers, investors, and ﬁnancial service providers. The permissioned consensus feature of the blockchain is being applied –
the agreement of multiple parties in transactions ensures fairness throughout the community. The blockchain also enables peer-to-peer transfers of funds, eliminating middlemen and channeling more funds directly to farmers.

As in other cases, technology is only a small piece of the overall puzzle. “The technology is affordable, but executing it can become a bit expensive,” says Figueredo, who cites sending trainers to remote regions as a major cost. The company is also working on providing smart phones to farmers and intends to build warehouses in Montreal and Colombia to help mitigate middlemen.

While ambitious, this project is only a prototype for the kind of global transformation Figueredo envisions. According to data from the UN and other international organizations, small farmers around the world are under-ﬁnanced to the tune of half a trillion dollars. Blockchain technology can help close this gap, creating a sustainable business model that ensures a better outcome for farmers, consumers and trusted brands.

Figueredo emphasizes, however, that Choco4Peace is not a charity. “We are a social enterprise, for proﬁt,” he says. “We don’t believe that we need to go out and beg for money to create peace. We need to create business models that make positive change for the world.”

The current use cases have shown beyond doubt that blockchain can work effectively in supply chains. If independent herders in Mongolia or cacao growers in Colombia who have no experience with technology can participate in global networks that connect them with global brands, it seems that anything is possible.

According to Karim, the key to adoption in conventional supply chains is economic necessity – his company has recently been consulted by a transport company facing $2.6 million per year in late ﬁnes, and by an automotive manufacturer seeking to eliminate the high cost of sending tracer vehicles behind trucks to ensure that cargo gets delivered. Insurance companies, which have much to beneﬁt from supply chain accountability, are also beginning to show interest.

“You have to have a real use case that makes sense,” he says. “You’re either eliminating costs, increasing efﬁciency, or increasing speed.”

Blockchain also gives companies the opportunity to take a major leap forward in their digital transformation. “We tend to look at iterative change, but we can look to technology to leapfrog a lot of systems we have,” says Akmeemana.

Akmeemana suggests that ensuring user buy-in is a much bigger challenge than the technology itself. “People still use Excel on their work computer rather than a more advanced database because they are a lot more familiar with what they have,” he says. “It’s mostly people and process that we need to overcome. The rest we ﬁnd a lot easier.”