TORONTO – Are you modifying your retail DC operations to keep up with pandemic demands?

Across Europe and North America grocers are experiencing unprecedented demand as shut-in populations turn to e-commerce for their basic needs. In the UK supermarket sales jumped 43 percent in one week, while in the U.S. grocery giant Kroger reported a 30 percent increase in sales in March alone. 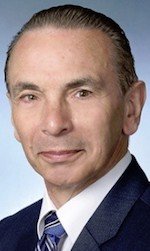 Meeting that surge is a challenge when demand planning has gone out the window, labour is tight and you are already backlogged. Add to that the need to maintain hygiene and safe distances between employees and you are surely looking for new ways to manage.

Inside Logistics spoke with two retail supply chain specialists, John McClymont and Gary Newbury, to develop ideas you can adapt to your own operational needs. This article is Part 2. Part 1 addressed time and process constraints, and can be found here.

With labour a challenge, and temp workers increasingly filling positions during the pandemic, “the last thing you want is to have a newby picking orders”, or doing the skilled jobs in your facility, said John McClymont. “One, they’re going to be slow; two, they can damage product; and three, how they construct pallets could be a challenge.”

Look at the various jobs in your DC and figure out which ones require the least training. Move your senior people to the most critical tasks – or the ones that have the potential to slow you down the most – and put the agency workers on the jobs that they can learn in 20 minutes. These might include unloading a truck, washing a truck, wrapping pallets, labeling pallets and so on.

And then take a closer look at your processes to see if they can be made simpler for new hires, and temp workers. This goes back to McClymont’s suggestion in part 1, to see where you can streamline processes and eliminate activities that are not strictly necessary.

He also suggested that shifting people around every couple of hours will improve productivity by alleviating boredom and ‘zoning out’ on the job. “It’s not a standard practice for many operations, but a lot of warehouse activity – especially if you are going to create very mundane tasks to keep the operation running – keep in mind that these are the ones that cause people to lose focus and productivity drops.”

Newbury also suggested creating a dedicated onboarding team that does nothing but stay with the new people to ensure they get up to speed faster. “Apply them to one task for a few hours then lift them and switch move them on to another area, bug the trainer stays with them for the shift. So that you can get the rotation of people,” he said.

McClymont suggested implementing some kind of a scoreboard system, if you don’t already have one. “”People are much more motivated if they know they are winning or losing,” he said. “Create something very visual and very simple that allows people to understand the task that needs to be done and their progress level. Make sure everybody understands that what they are doing contributes to the win and see the results of their labour.”

Newbury talked about Lean visual control boards that are immediate reflections of what’s been accomplished. “You can see if you are winning the game or falling behind, and be encouraged or motivated to catch up and make progress in the next hour or so.”

Think of it as a scoreboard at a sports arena, McClymont said. It gives you all the pertinent information about the state of the game, right now. “Feeling like you are being slammed by wave after wave and feeling like you are drowning is so demotivating for these people who are essentially killing themselves to keep shipping, to keep the case rates high. So communicating that they are winning is critically important right now.

In thinking about resourcing your operation, Newbury said it is vital to think about the labour needs you may have in the next few days or next week. “Make sure the agencies you are using have a clear idea of that they looks like. And commit to it.”

If you think you’ll need 20 people, let them know in advance so they can in turn start the search. “If you just call them up and say I need two people now, they are caught unprepared,” he said.

For anyone keeping the system going it’s not the time to be too cheap or too clever. Everyone’s in the same boat with labour concerns. “Some managers may have to set budgets aside, or be more liberal with their spending and commit to something without necessarily knowing they’ll need it,” McClymont noted.

Book it a month at a time, instead of day-by-day in order to secure the labour you need. Creating stability will benefit the overall operation, he advised.

“A lot of agencies and the labour they hire will be looking for a bit of certainty and comfort, and trying to manage that one a day-by-day or one or two days ahead will become very difficult.”

“Everybody has to find ways to do more with less, and that’s not a new trend, so everybody’s already a little stressed from that,” McClymont concluded.