Lobsters return to the ocean 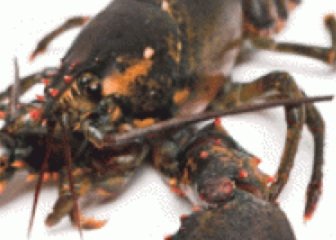 Shippers supplying lobster to lucrative overseas markets no longer have to shell out for costly air cargo services.

Halifax company Aqualife North America announced recently that it has developed a new shipping container technology that will allow live shellfish to be shipped by sea to its partners in the Netherlands.

The containers are standard refrigerated shipping units equipped with a circulation system that moves aerated and filtered water through a series of 20 smaller tanks.

Within the tanks, lobsters are packed onto trays. The circulation system keeps the tanks at a temperature of one to two degrees Celsius. The lobsters become dormant and stay that way for the 12-day journey across the Atlantic. Because of this, they are still alive when they arrive at their destination.

“It provides a dark, cold, quiet environment that the lobsters like to be in,” says Gordon Neal, president of Aqualife North America. “It simulates the bottom [of the ocean], where they hide out.”

Lobster is Atlantic Canada’s most valuable shellfish export. Some 18,000 tons of it are consumed in Europe each year, Neal says, and all of it is currently shipped by air.

A water-based transport option holds plenty of potential advantages. Aqualife says that the price of ocean-shipped lobster can be half that of lobster shipped by air. Furthermore, when measured in carbon emissions, container shipping is pegged as 30 times more environmentally friendly than air.

Other types of shellfish

Aqualife and its suppliers believe that the lower cost and better eco-footprint will be very attractive to European consumers.

Jim Kennedy is the president of Louisbourg, Nova Scotia-based Louisbourg Seafoods, one of the suppliers working with Aqualife. His company processes many species of shellfish, mostly for domestic consumption. “The other products just aren’t valuable enough to fly,” he explains.

Kennedy says that he and other suppliers are watching with interest what Aqualife is doing. The goal is to open up new markets for live mussels, clams, oysters and crabs, as well as lobster. Within two weeks of harvest, he believes live shellfish could arrive at most European and Asian ports.

“We’re hoping that you’ll be able to ship almost anything live,” adds Derrick Kennedy, senior controller at Louisbourg Seafoods. “If you can ship anything live to the market, that’s what the customer wants—the fresher, the better.”

The first Aqualife shipment—two containers containing Louisbourg Seafoods lobster—left the Port of Halifax on May 18. The Kennedys say the ocean shipments still form a relatively small percentage of their lobster exports, but they look for that business to grow in the future.