Power up: Are lithium-ion batteries ready for prime time? Part 4 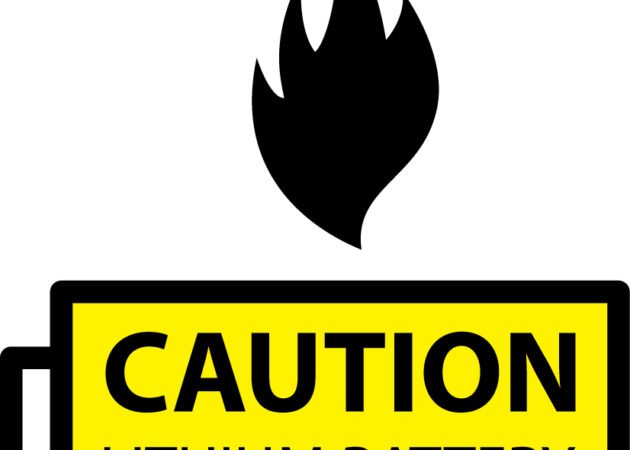 Lithium-ion batteries are the new kid – motive-power wise – and they are beginning to gain traction in distribution centre operations. The increased focus on speed in omni-channel fulfillment is in part driving the new interest in the technology, which promises faster charging, longer work times, better longevity and lighter weight. All this comes at a cost, of course, and we were curious to see who is making it work.

Read on to get perspective on lithium-ion from a start-up Canadian manufacturer Stromcore, and the implementation experiences from a cold-storage user – Conestoga Cold storage. We’ve also got a technical explanation of li-ion versus new lead-acid Thin-Plate technology, and finally a look at the potential risks of li-ion batteries.

As lithium-ion battery technology gains acceptance and market penetration, its drawbacks are also coming to light. These lie in three main areas: environmental, safety and supply chain social justice. Companies that want to implement responsible, ethical and safe supply chains need to consider these findings. Let’s take a look at each in turn.

Fires in the small li-ion batteries used to power laptops and electronic devices are a well-documented risk. They are classed as hazardous for airline travel and can pose significant fire safety risks in solid waste management when they go undetected and are crushed or heated.

However, according to the report “Lithium-Ion Battery Hazards” commissioned by the Society of Fire Prevention Engineers (SFPE), there is little public data about fires in large-scale li-ion battery packs or cells. This is because the rapid evolution of li-ion batteries means “there has been an inherent difficulty in defining an ‘average’ cell, battery pack, or device”. For such tests to be considered valid, “it would require testing of multiple models of cells, packs, or devices from multiple suppliers, and even so might quickly become obsolete, as cell chemistries and mechanical designs evolve.”

As well, because li-ion batteries have a much higher energy density than conventional lead-acid cells, they are outside of the current body of knowledge about battery fires. The SPFE notes that they are unaware of any fire standards that relate to li-ion cells, and the common water-based fire suppression systems used in most warehouses and DCs are not proven to be effective protection of li-ion cells or batteries.

For a technology that’s supposed to be ‘green’, and is powering electric cars that are meant to save us from global warming, quite a few environmental hazards are being brought to light. These include the heavy environmental impact of the battery production cycle, right through to the way the electricity used to charge them is generated and on to their own end-of-life disposal.

One of the issues they highlight is that lithium-ion battery manufacturing is concentrated in China, South Korea and Japan, where electricity is typically generated using coal and other polluting sources of power. “While electric vehicles are essential for shifting away from fossil fuels and reducing greenhouse gas emissions, more needs to be done to reduce the carbon footprint within the manufacturing phase,” the social justice organization said in a statement.

Amnesty International also highlighted the demand for minerals used in battery manufacturing has caused an uptick in plans for deep-sea mining, which is predicted to have potentially “irreversible impacts on biodiversity”.

Finally, the organization called for responsible battery disposal: “There is already significant evidence showing that battery waste from electronics, which contains various hazardous materials, has been irresponsibly disposed of, contaminating soil, water and air.”

In 2016 Amnesty International found there were significant human rights abuses in the Democratic Republic of Congo (DRC), where more than half of the world’s cobalt, a key ingredient, is mined. Children and adults were hand-digging the mineral, with no protection, exposing them to serious potential health consequences. The cobalt mined in the DRC was linked to the supply chains of “many of the world’s leading electronics brands and electric vehicle companies.”

Cobalt demand is projected to reach 200,000 tons by 2020, yet, according to Amnesty International, “no country legally requires companies to publicly report on their cobalt supply chains…the chance that the batteries powering electric vehicles are tainted with child labour and other abuses is unacceptably high.”