Real estate costs through the roof 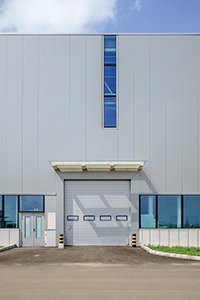 The industrial real estate vacancy rate in the Greater Toronto Area – Canada’s main distribution hub – is below three percent. When you consider that a ‘balanced market’ should be have around five to six percent vacancy, it’s easy to see this is a seller’s market.

And while the GTA is the favoured location for distribution operations, the vacancy rate is not likely to improve says Colin Alves, executive vice-president, and sales representative with Colliers International in Toronto. Space is constrained by physical barriers, with Lake Ontario to the south and artificial boundaries on the north in the form of protected conservation lands.

The increasing demand for e-commerce is also contributing to the space constraints, he says, with the vacancy rate closer to less than one percent for large, big-box distribution space of over 200,000 square feet.

In the GTA and elsewhere the problem is that land allocated for development was set aside based on old usage patterns.

“Whereas fifteen years ago a large building was 100,000 square feet,” Alves notes. “That’s now half a million square feet and you can appreciate how that tears through the supply of land at a much more rapid pace.”

This is a challenge facing any company that’s seeking real estate, and it’s one that those in need of warehousing and distribution space are particularly feeling at the moment. For a company coming off a ten-year lease that would have been signed during the economic downturn of 2008-2009 when vacancy rates were about eight percent, the market looks a lot different, says Jesse Micak, principal at LIDD consulting.

“The inducements for tenants that were available then are a thing of the past,” he notes.

So, what’s a company in need of space to do? First, start looking early. Both Micak and Alves counsel starting the process 24 months before your current lease is up. This is the best way to avoid becoming a captive tenant and opens up the possibility of getting into a greenfield development. With increasingly specialized needs for e-commerce distribution – like lot of parking for bigger staffs and high clear heights –Alves notes, design-build is often more feasible than finding a ready-built property.

Increasing numbers of companies are pursuing a site diversification strategy. Rather than moving the whole operation into a bigger facility, companies are splitting things up into two or more. This can help alleviate cost pressures, as well as improve service levels by dealing with congestion issues on transport routes.

Gordon Foods, for example, has just acquired a large property in Ajax, east of Toronto, where it will have a second facility to take the pressure off its main Milton, Ontario, location. Moving east has become a popular alternative for companies unable to afford traditional West GTA property, Alves says.

A second strategy is to move the whole operation to a suburban location, says Micak. Traditionally B-class areas are being looked at more favorably, he says, simply because they are less pricey. However, this is a decision that needs to be very carefully weighed out.

“Companies are choosing to stay put,” he says. “Your rent becomes a little bit higher, but the operating penalties that you incur from being in a B-class market, or a market that doesn’t make sense for you, often far outweigh a lower rental rate.”

When it really becomes cost-prohibitive to run your own space, that’s when it’s time to consider third-party options, Micak says. One sector that is finding this to be particularly true is the food industry. Refrigerated warehouse space is dominated by the third-party players, says Dane Gilbert, executive vice-president and sales representative at Colliers International. Of the four million square feet of freezer space available, three million belongs to 3PLs VersaCold and Congebec.

Over the past 10 years there has been a zero vacancy rate for leased refrigerated and freezer space in the GTA. “The barriers to entry are too high,” Gilbert says. Food processors don’t want to run their own freezers, and it makes sense for economies of scale to use larger facilities.

While Toronto gets much of the attention for skyrocketing prices and low vacancy rates, the picture is similar across the country. Municipalities with good transportation, labour base and development opportunities are seeing high demand, says Alves. Montreal for example, has been flat for the past 10 years, but is now seeing the beginning of speculative development.