Confronted with a worker shortage and outdated attitudes, women are leading a push to foster more female big-riggers 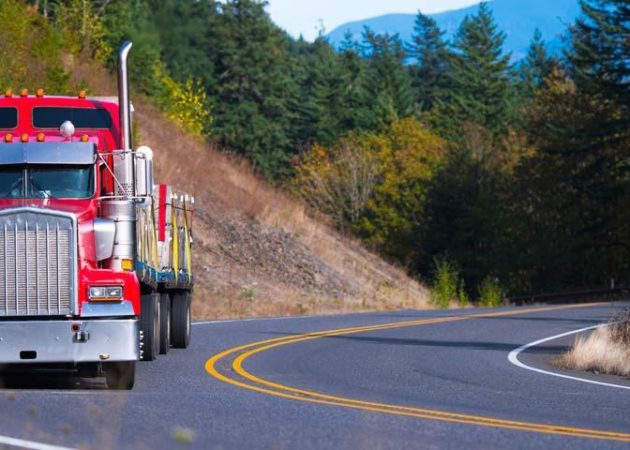 VAUDREUIL-DORION, Que. – On a cloudy Monday in late August, Vivianne Carbonneau fires the ignition on her semi truck bearing the load of both an 80,000-pound trailer and a new job title hitched to her name: driving mentor.

“If you learn from a woman, you always have that little voice inside that says, ‘See, I can do it,”’ she said. “Any situation can be overcome.”

Carbonneau, 58, has been hauling freight for only two years, but has taken on an in-house teaching role to help new drivers – especially women, but men too – at XTL Transport, the first woman to do so at the Montreal-area trucking company in its 33-year history.

“It is a guys’ culture,” she said of the industry. “Sometimes you go somewhere, and it’s palpable. You can feel it – you can feel that you’re not exactly welcome.

Women make up just three per cent of freight truck drivers across the country, according to Trucking HR Canada. The trucking industry, which comprises some 300,000 drivers, will be short of them by 34,000 by 2024, according to a 2016 study by the Trucking Alliance of Canada.

Confronted with a worker shortage and outdated attitudes, women are leading a push to foster more female big-riggers and overcome the perception of unglamorous lifestyles and an industry-wide reputation for machismo.

Angela Splinter, chief executive of Trucking HR Canada, says aging drivers have ramped up the need for women and young people. If unmet, that demand will hinder shipping companies and dent the economy, she said.

Linda Young, head of human resources for Winnipeg-based Bison Transport, chairs the trucking HR association’s Women With Drive initiative. Launched in 2016, it aims to raise the number of women entering the 18-wheeler workforce through awareness campaigns and resources for employers.

“In the last two years it has gotten worse,” Young said. “This year in particular we’ve got unseated tractors – as many, many fleets do – where we cannot find drivers to move our equipment. And that’s a problem.”

Poor impressions of the trucking world are a major recruitment hurdle, she said.

“There’s a perception – and I’ve got to emphasize that word – that women may not be suitable for truck-driving jobs, whether it’s the physical demands of the position or being away from home,” she said.

Drivers can be on the road between 10 and 14 days straight, sometimes sleeping in their cabs – typically kitted with beds, a mini-fridge and a microwave – on client lots or, occasionally, roadsides.

“Parents encouraging their children to become truck drivers, it really isn’t out there,” she added. “We’re up against it from a very early age.”

Commercial truck driving is not classified as a skilled or semi-skilled trade, a category that can help fill worker shortages by allowing access to swifter immigration streams and more training resources.

Salary may be another factor. While trade apprenticeships can be lucrative, the average salary for a truck driver sits at $48,733 a year, according to the Neuvoo job search engine, though more experienced big-riggers pull in up to $100,000 annually, Young said.

Meanwhile, delays due to traffic, weather, breakdowns, accidents and shipping hold-ups are tough to predict and can dissuade both women and men from entering the industry.

Many truck stops are oriented toward men, noted Judy Ostiguy, vice-president of human resources at XTL Transport. Washroom facilities sometimes offer a single row of showers without barriers or stalls.

“Women and men are on the same hallway together. For me, it’s something that needs to be changed, just for the safety of many women,” Ostiguy said.

Maternity leave also remains effectively off-limits for many drivers, she said, particularly those on contract, though the option is available at XTL, where a woman, Genevieve Gagnon, is president.

The push for more women behind the wheel has attracted attention in Ottawa. Last month, the federal government committed $294,000 to a project by Camo-route – an umbrella organization that works to develop Quebec’s transport industry – which aims to raise the number of women truck drivers in the province to 10 per cent.

Ben Santucci, founder of the North American Transport Driving Academy in Kingston, Ont., says he’s seen a slight uptick in his six-week tractor-trailer program over the past couple years.

“The graduates are soaked up even before they finish school,” he said. “But tops, you maybe see four women in a whole year, out of about a hundred students.”

While some Manitoba schools with vocational programs invited Trucking HR Canada in for presentations, Calgary and Ontario boards were “less receptive,” Young said. “We’ve got some traction. Do I want more? Absolutely.”

Young said women drivers would be more comfortable if they had access to a female mentor, with whom they may spend hours or days barely two feet apart from each other in the tractor cab.

Carbonneau summed up one other potential deterrent to life on the road.

“I’m rare, and I can feel alone,” she said, wheeling onto a Trans-Canada Highway on-ramp just west of Montreal.

“I’m not going to let anybody intimidate me, obviously,” she continued. “I know I’m sending a message out there not only to men, but to women, saying, ‘If I can do it, you can do it.”’