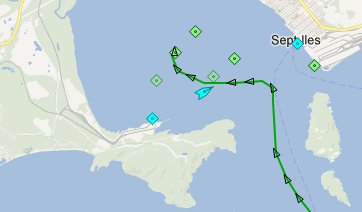 Sainte-Pétronille, Quebec—An incident involving a bulk carrier has caused the Transportation Safety Board of Canada (TSB) to deploy investigators to Quebec.

A bulk carrier, the Greta Selmer, ran aground near Sainte-Pétronille.

According to Chris Krepski, a spokesperson for the TSB, “the ship was refloated and then was authorized by Transport Canada to proceed to Sept-Iles, where it is under anchor.” That’s where the TSB investigators will meet the ship.

Krepski says “there were no injuries and no known vessel damage or pollution”.

At this point there is no information about the water conditions or levels at the time of the accident.

According to vessel tracking records, the Greta Selmer was built in 2011, is 292m long and flies under the flag of the Marshall Islands.