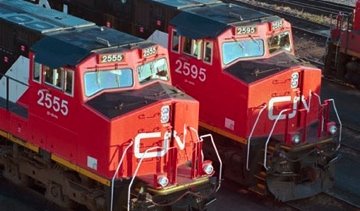 OTTAWA: The federal government has re-introduced legislation designed to improve railway safety in Canada. The proposed amendments to the Railway Safety Act will encourage rail companies to create and maintain a culture of safety and penalize rule breakers. The legislation will allow the Government of Canada to:

“This legislation improves rail safety and makes the Railway Safety Act consistent with Acts governing other modes of transportation,” said Denis Lebel, Minister of Transport, Infrastructure and Communities and Minister of the Economic Development Agency for the Regions of Quebec.

The Railway Safety Act gives Transport Canada the responsibility for overseeing railway safety. The proposed amendments are consistent with the legislative frameworks of other transportation modes. The government earmarked $44 million over five years, starting in 2009, towards a national rail safety program that includes inspections, safety management system audits and enforcement in cases of non-compliance.