New vessel to transport nickel and copper from northern Quebec 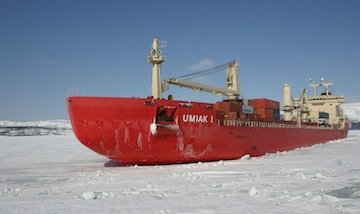 Fednav plans to move the concentrated ore with a new addition to its fleet. The company has placed an order for a Polar Class 4 ice-breaking bulk carrier with a design deadweight of 25,000 tonnes.

The vessel will be built by Sumitomo Corp and Universal Shipbuilding Corp in Japan, and will be classed by Det Norske Veritas. It is expected to be ready in December 2013.

The new ship will be the third ice-breaking commercial vessel in Fednav’s fleet, joining the MV Arctic and the MV Umiak I.