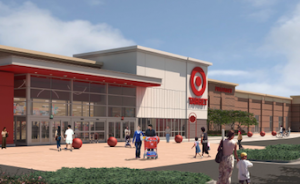 Eleven Points Logistics Inc is holding a job fair on Friday, April 26th between 12:00pm and 8:00pm at its brand new distribution centre located in Cornwall, Ontario. The Milton, Ontario-headquartered company is looking to hire between 300 and 400 people according Alan La Barge, general manager for the DC.

“Our first receipt is June 3 so we’ll be looking for individuals with MHE—materials handling equipment—experience. That’s for reach, order picker, triple jack, dock stocker/pacer. Then we’ll go to those who aren’t qualified but have the ability to learn to operate that equipment. As we move into the first ship, then we’ll be looking for pick-to-light or lightning pick packers.”

All the management and supervisory positions have already been filled.

The short period of time between the job fair and the first receipt isn’t expected to pose a challenge for the company, according to La Barge.

“We have a unique training plan set up. That’s all the time we require. We have our Eleven Points Logistics cultural training, and we have all of our safety training. Those are all set for a certain number of days.”

The training will include a licensing process for new hires who don’t currently have MHE licences but who will require them to do their jobs.Eleven Points will conduct all necessary employee training itself. The company has on-staff trainers who have undergone “train-the-trainer” courses.

La Barge said he believes there are a number of reasons why people would be interested in working for Eleven Points, and the company’s client certainly is part of that attraction.

“Even though we’re Eleven Points Logistics and we’re the 3PL for Target, I think the fact it’s Target—similar to SCM being the 3PL for Walmart—that does attract a lot of the people because it obviously ensures some job security.”

He added the Eleven Points also offers what it considers to be benefits designed to appeal to job hunters.

One other advantage he noted is that the 1.4 million sqf facility is brand new, as is all of the equipment being used in the DC, including an Intelligrated conveyor system.

Further details about the job fair and the positions available are available on the company’s website.