Paved shoulders, passing lanes to be added to Highway 10 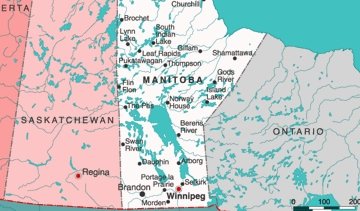 BRANDON: Manitoba’s Highway 10 near Brandon will see improvements between the Trans-Canada Highway and Highway 25. The project will upgrade a 15-kilometre stretch of the roadway to meet current industry standards, improve safety and reduce congestion through the construction of passing lanes.

“Improving and maintaining our important international trade routes is vital to connecting Manitoba’s exporters with opportunities in the US and beyond,” said Manitoba Premier Greg Selinger. “Manitoba’s producers and manufacturers count on them.”

The project involves the reconstruction of aged pavement to increase the highway’s loading capacity and improve safety. In addition, highway shoulders will be widened and upgraded from gravel to paved surfaces with rumble strips, and new 1.5-kilometre northbound and southbound passing lanes will be constructed.

The project is expected to be completed in the fall of 2012.

Through the Gateways and Border Crossings Fund and other funds, the Government of Canada has already committed to investing over $165 million in funding for projects along Manitoba’s major north-south and east-west trade corridors. The Highway 10 improvements will complement these infrastructure projects. Through various funding programs, the province has committed more than $353 million to improving Manitoba’s highways.