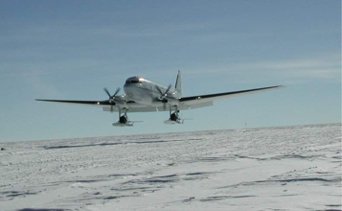 THUNDER BAY, Ontario: A new cargo plane is scheduled to take to the skies above northern Ontario, starting in November.

Once the plane is delivered, Cargo North will be operating under its own aircraft operator’s certificate (AOC). This means it will have ownership and responsibility for the plane, and will offer services to its own customers.

But it is also making the aircraft available to other northern Ontario airlines. The company has signed a deal with Nakina, Ontario-based Nakina Air Services Ltd, and Pickle Lake, Ontario-based North Star Air Ltd.

“They’re going to have a big role in supporting the aircraft. Any work they have, they’ll have the first opportunity to get the aircraft,” said Cargo North head Frank Kelner.

“Nakina needed a large airplane. There is no two-ways about it, especially because of some of the stuff that is going on with the Ring of Fire. They’re such a small company, for them to have an opportunity to own a large aircraft, with one base alone, they could never do it. Now they can offer their customers a large aircraft. Not to mention, they’ve never been focused on bulk fuel, so now they can offer that. So now the aircraft can go from both bases 24 hours a day, and serve both customers.

“The same thing with North Star. They could never do it by themselves with the fleet they have. It’s just a small operation. And they want to start off with large aircraft, and if you want to do that right, it’s quite an investment. But the opportunities are outstanding in the north for these two companies.”

Cargo North’s intention is to service northern Ontario First Nation Communities and mining and exploration operations. Kelner says he expects the business to have no troubles finding customers.

“Right now there’s a real need for this working environment. It was a big step to make this investment but once somebody does, they’ll get a fair amount of work.” s) of payload. It will be equipped to handle both bulk fuel and drum fuel.

Cargo North has an option to purchase two additional planes in 2013.