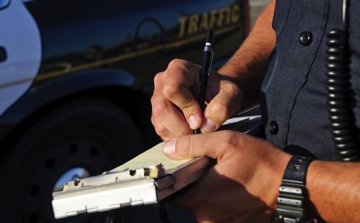 TORONTO: The City of Toronto has deferred a plan create a courier/delivery vehicle parking permit. According to the Canadian Courier & Logistics Association (CCLA), it was the right decision.

“It was probably a good idea,” says CCLA president and CEO, David Turnbull.

The proposal, PW 11.3 from the Public Works and Infrastructure Committee, called for the courier companies to be charged an annual fee for the right to be exempted from “from specific ‘No Parking’ regulations for a maximum period of 30-minutes while the driver is in the process of making a delivery or pick-up from a nearby business.” The exemption, however, would have limitations and would not apply during “the morning and afternoon rush period stopping/parking provisions”.

Even though the CCLA wasn’t entirely happy with the proposal, since it didn’t address the issue of making deliveries during the rush hour periods, “we reluctantly said we’d go along with it, given four preconditions” says Turnbull. Those preconditions, which weren’t addressed in the plan as it was put before councillors, consisted of the following items.

Turnbull says that the fee was set to be $600 for individual vehicle registered. A charge of $5,000 would apply for for a fleet of up to ten vehicles with each additional vehicle after that costing an additional $500. He says that it’s important to the CCLA members that only vehicles actually operating in the downtown core be charged, and not the entire fleet.

Rather than implementing the proposal in its current form, Turnbull would be happier if a pilot project had been extended and expanded upon. The project, which began in January 2010, saw the creation of seven designated courier zones in the downtown. The seven were chosen from an overall list of 60, including “top ten” list of choices, provided by the CCLA. These spots were identified by the Association as “the most-ticketed locations in the downtown core.”

Turnbull says signs went up indicating that courier vehicles making deliveries wouldn’t be subjected to ticketing while stopped in those zones. Unfortunately, he says, enforcement and ticketing still occurred. Still, these tickets can be challenged by the courier companies, and the fees can be rescinded.

At this point, Turnbull says that he wants to work together with city’s transportation services department to find a better way of dealing with courier deliveries and traffic congestion.

“We want them to work with us. We think we can be a contributor to the solution.

“Drivers just see our vehicles as blocking traffic and causing congestion. Well traffic jams aren’t good for us either.”

The revised report is expected to be presented back to Council by June.