US Federal Maritime Commission expected to rule against Canadian ports

Decision likely to be split along Republican-Democratic party lines 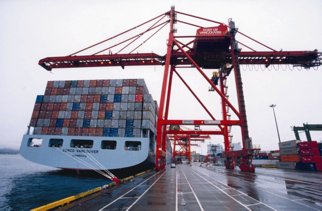 WASHINGTON, DC: A US federal agency is poised to chastise Canada in an upcoming report to Congress, alleging Canadian ports on the West Coast are deliberately luring lucrative cargo business away from their American counterparts, say sources familiar with the findings.

As previously reported by MM&D the Federal Maritime Commission (FMC) is investigating issues concerning US inland containerized cargo moving through Canadian and Mexican ports. From the Canadian perspective, the most serious topic of discussion is the allegation by two US senators that international shipping customers are enticed away from American ports—which charge a harbour maintenance tax created to pay for the costs of dredging of the ports—by Canadian ports which don’t charge the tax.

During its hearings, the FMC received more than 75 responses after it asked interested parties on both sides of the border if Canada was diverting cargo away from US ports.

The bulk of those responses came from American experts, and the overwhelming majority of them indicated Canada wasn’t doing anything underhanded, a source familiar with the report said Monday.

Nonetheless the report is expected to chide Canada for the practice, with sources adding its conclusions have caused uncharacteristic dissension among the five-member commission.

The commissioners were slated to vote on whether to sanction the report on Tuesday. Three of them, including chair Richard Lidinsky, are expected to vote in favour of the report, while two others have indicated they’ll cast their ballots against it.

Those in favour of the report are Democrats; those opposed are Republicans, including Rebecca Dye, who spoke at a Canada-US conference in DC in June and suggested the cargo problem was minimal.

The Canadian government and other officials told commissioners during their investigation that in a 10-year period, only 2.5 per cent of US-bound cargo was imported via Canadian ports, Dye said last month.

The commission’s report “reads more like a political document, and not a very well done one, because it contains some information that’s unsubstantiated,” one source said.

“This is a non-partisan entity that doesn’t usually break down along party lines; in fact it’s fairly unusual for them to have contested votes.”

The matter has been a simmering trade irritant between the US and Canada ever since senators Patty Murray and Maria Cantwell complained that Canadians were unfairly subsidizing the diversion of cargo ships away from American competitors, particularly in Prince Rupert, BC.

The senators urged the commission to launch the inquiry last fall. They soon had the support of several lawmakers in the House of Representatives.

In their letter to the agency, the senators pointed out that the US Harbor Maintenance Tax is not collected at border crossings when cargo enters the country on trains from Canada after arriving in North America via Canadian ports. They suggested it should be.

The American tax is levied, in part, to cover the cost of dredging port channels on the American West Coast.

Dredging isn’t necessary in Prince Rupert’s deep channels, while Vancouver requires only minimal dredging. Instead of a tax, Canada charges importers a user fee that goes toward port maintenance.

The senators’ complaints prompted some American lawmakers to mull over a US$140-per-container levy on cargo entering the United States after coming through BC ports.

Canadian opponents says such a levy amounts to a punishing tariff on every container entering the United States from BC ports.

Lidinsky suggested last year that he was sympathetic to the concerns of American port authorities.

While Canadian and Mexican ports are free to compete with their US counterparts for cargo, he said, “they should do so on a playing field that is not artificially tilted by governments’ policies.”

The growing popularity of Prince Rupert is at the heart of the debate. The $170 million port opened five years ago with $60 million in subsidies from both the B.C. and federal governments.

Both Prince Rupert and Vancouver have several advantages over American West Coast ports—in particular, cargo ships travelling from China arrive several days earlier at the Canadian ports because of what’s known as the Great Circle Route across the Pacific Ocean.

Prince Rupert also has the lowest rail grade to US centres such as Chicago and Memphis, and its terminals are not burdened by urban congestion.

“Their primary concerns are speed, reliability and efficiency…shippers do not choose Prince Rupert because of costs,” he said in June.

On Monday, Mayer said Prince Rupert port officials were prepared to pore over the Federal Maritime Commission report and ensure that Americans have their facts straight.

“Our first step would be to figure out what the report says and whether we’re satisfied that it’s appropriate and captures the information that was provided,” he said.

“If there’s an information gap and the FMC and Congress would benefit from having more information, then we’ll make sure they have all the facts before them.”

Even though the commission has no authority over Congress, it could shape the opinions of the lawmakers who do have clout. For that reason, it’s expected to cause tensions in the Canada-US relationship.

David Jacobson, US ambassador to Canada, and Ron Kirk, the US trade representative, will once again have to soothe Canadians alarmed by an apparent rise of American protectionism.

“They’re going to have to assure Canadians that this agency doesn’t have any actual authority, that the report is not an expression of U.S. policy, but Canadians are going to be angry nonetheless,” a diplomatic source said.

“It sends the wrong message.”