Appointments, promotions, moves and changes in the supply chain sector this week.

Roxanne Morrissey is appointed to the board of directors of the St. John’s Port Authority until October 2014. Morrissey’s past experience includes work with a variety of businesses and non-profit organizations, as well as government. As well, John Hodder joins the board until March 2017. Hodder was a conciliator with the Newfoundland/Labrador (NL) Labour Relations Agency from 2001 to 2012, where he mediated issues for both private and public sector contract negotiations.

In June, Thorsten Meincke will return to the Kuehne + Nagel Group to join the global seafreight management team. Prior to his most recent role as member of the management board of a Swiss forwarding company, Thorsten Meincke was senior vice-president global sales and marketing at Kuehne + Nagel. In his new position as senior vice-president global seafreight, he will primarily concentrate on the further development of seafreight business solutions including reefer container traffic, beverage and forest logistics, and he will drive defined seafreight growth initiatives in the regions. In addition, he will focus on bringing the business unit’s core processes in line with the new information logistics system.

Merle Davis, president of Wynright’s Automotion brand conveyor and sortation manufacturing division, has been elected to the Board of Directors at CEMA (Conveyor Equipment Manufacturers Association). Davis oversees the day-to-day manufacturing processes, and the development and introduction of new material handling equipment at Wynright. That includes the launch of The Green Line conveyor products designed with an eye toward energy efficiency, aesthetics and ease of installation. Naples, Florida-based CEMA is the voice of the North American conveyor industry, serving manufacturers and designers of conveyor equipment since 1933. 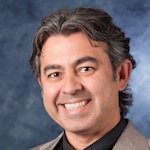 UniCarriers Americas Corporation (UCA) has established a Brazilian business unit and appointed Newton Santos as sales operations manager. In 2013, UCA hired Santos to research and advise on expansion within Brazil. In January 2014, the company formalized its commitment by establishing a legal entity to operate in Brazil. Bringing more than 24 years of industry experience, Santos will establish a local presence for UniCarriers Americas in Brazil and develop the dealer network. He previously worked as regional sales manager for Clark Material Handling South America and as general manager for a large, privately owned forklift parts distributor prior to joining UniCarriers Americas.