December 10, 2018
by Inside Logistics Online Staff

December 10, 2018
by Inside Logistics Online Staff 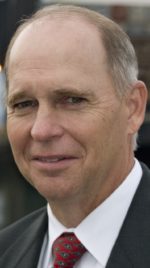 Kurt J. Nagle, long-time president and CEO of the American Association of Port Authorities (AAPA) will be retiring from the association next fall, following more than 33 years of service to the port industry. Nagle began his work at AAPA in 1985 as the membership services director, following seven years at the National Coal Association and Coal Exporters Association. In 1995, he was appointed AAPA’s president & CEO, a position he has held for 23 years. 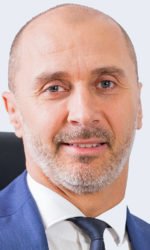 CEVA Logistics has appointed Guillaume Sauzedde to the newly created position of managing director Germany and Eastern & Central Europe.  Currently managing director of the Eastern & Central Europe cluster, he took up his additional role for the expanded cluster on November 30, 2018.  He will continue to report directly to CEO, Xavier Urbain. The management team in Germany and Central & Eastern Europe will report to Sauzedde who now takes on the duties of Christian Wurst, who left the company at the end of November. With more than 20 years’ experience in the logistics industry, Sauzedde joined CEVA in October from Kuehne Nagel in Poland where he was responsible for all business lines.

Franck Moison, vice-chairman, has elected to retire from Colgate-Palmolive Company on December 31, 2018 after 40 years of service. After joining Colgate-Palmolive in France in 1978, Moison advanced through marketing and management positions in Colgate-Europe and at the corporate level. From 2007 to 2010 he provided leadership for global marketing, supply chain and technology. He was appointed chief operating officer, emerging markets in 2010 with expanded responsibility for business development in 2013. Moison has served as vice-chairman since 2016. Outside of Colgate, he is a director at Hanesbrands Inc. and United Parcel Service, Inc.