December 11, 2017
by Inside Logistics Online Staff

December 11, 2017
by Inside Logistics Online Staff 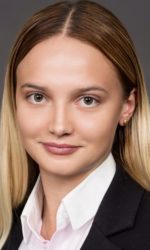 Andreea Crisan, COO and EVP of Andy Transport, has been named a Top 100 Award Winner by Women’s Executive Network (WXN) 2017 Canada’s Most Powerful Women. She will receive the Telus Future Leaders award which recognizes exceptional young women who have distinguished themselves early in their careers, and who show tremendous potential to continue making their mark in the years to come. “It is a great honour for me to join a group of extraordinary women who share a strong sense of purpose and drive,” Crisan says. “I dedicate this award to all the women who work with passion at Andy as well as to all the women in the transportation industry that inspire me everyday and keep me committed to gender equality and diversity.”

Thomas Bijou, currently a director of Pudo Inc, will be become chairman of the board. Bijou has a background in growing public companies. Frank Coccia, Pudo’s current CEO will be transitioning to the role of chief strategy officer. Kurtis Arnold, currently a director, will become CEO. Matt McDonough, currently VP network development, will be transitioning to the role of COO. McDonough’s previous role focused on setting the stage for Pudo’s US expansion. 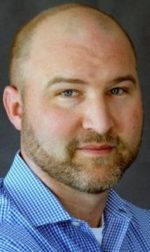 Kuebix added four industry veterans to its executive management team: Rich Forcier as CFO, Hetal Joshi as vice-president of worldwide services, Emanuel Kadziela as vice-president of engineering, and John McCammond as vice-president of business development. Prior to joining Kuebix, Forcier served as CFO of DataXu and held several leadership positions that led to the growth and sale of several enterprise technology companies. Rich received his BS from Babson College. Previoulsy, Joshi managed the customer experience and process transformation practice at Cognizant. He has also worked at Deloitte & Touche and built two start-ups from the ground up. He holds a MS in Computer Information Systems from Bentley University. Before joining Kuebix, Kadziela served as senior director of Engineering for OANDA Corp. Before OANDA, he managed the entire engineering organization as Currensee, Inc.’s director of 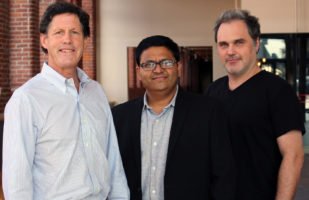 engineering. He holds a BA in Mathematics from the Massachusetts Institute of Technology (MIT). McCammond previously built partner ecosystems for Fleetmatics, Imprivata, Globoforce, Bullhorn and Salary.com. Prior to that, he ran business development/channel sales for Avaki and Engage. He started out on Wall Street as a banker for JP Morgan before heading to business school. He earned a BA from Williams College and a MBA from Harvard Business School.