December 18, 2017
by Inside Logistics Online Staff

December 18, 2017
by Inside Logistics Online Staff

BC Labour Minister Harry Bains has appointed five members to WorkSafeBC’s board of directors. Ralph McGinn was appointed as the new board chair. Lee Loftus, Baltej Dhillon and Kay Teschke have been appointed as new board members, effective immediately. Margaret McNeil, a current board member whose term ends Dec. 1, 2017, has been reappointed for two years. As well, current members who will continue on the board are Lynn Bueckert, Brooks Patterson, Alan Cooke and Lillian White. Bains thanked the outgoing board chair John Beckett and members Kevin Ramsay, Jim Cessford and Louise Yako for their years of service and for choosing to serve on the board. 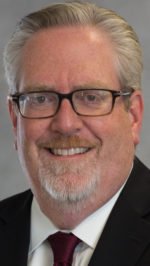 Wynright Corporation, a wholly owned subsidiary of Daifuku North America Holding Company and a part of the Daifuku Group, has appointed Greg Taylor as vice-president project execution in Manchester, New Hampshire. He joins Wynright from Nortek LLC, a heavy manufacturing company, where he and his team were responsible for a $150M supply chain. Prior to that, he was VP supply chain systems design and support at Staples.

Wesley International welcomes Richie Neal as the new director of dealer development for Pack Mule. Neal comes from Carolina Handling, LLC, and brings with him an excellent reputation and successful track record within the industry. He has over a decade of experience working for and with heavy equipment dealers. 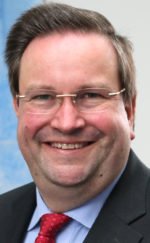 Guido Hesse has taken charge of customer support at the Beumer Group headquarters in Beckum, Germany. An industrial engineering graduate, he held various commercial management positions in the machine and plant engineering industry with a strong focus on international business before joining Beumer Group in 2013. Hesse took care of subsidiaries abroad and worked as commercial director in Mexico. Prior to his appointment as director of customer support, he was managing director of the Mexican group company.