December 25, 2017
by Inside Logistics Online Staff

December 25, 2017
by Inside Logistics Online Staff 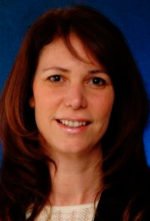 Diane Cavuoto has joined  jet engine maintenance supplier CTS Engines as senior vice-president, supply chain. Cavuoto will be based in CTS’s Ft. Lauderdale, Florida headquarters and will report directly to Vesa Paukkeri, CTS’s president and COO. Cavuoto, most recently vice-president, strategic sourcing at Honeywell International, brings years of supply chain management experience to CTS. In her previous role she oversaw a global commodity team of 150 employees managing US$4 billion of direct material spend, and reported directly to Honeywell’s chief procurement officer. She holds a Mechanical Engineering Degree from the University of Connecticut and a Masters of Business Administration from Arizona State University. 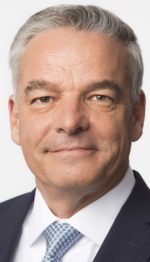 Craig Munroe has joined the board of directors of the Vancouver Fraser Port Authority, for a term of three years. Munroe is a recognized leader in British Columbia’s legal and business communities. He has been practicing law in British Columbia for over 18 years in the resource, transportation, construction and retail industries. He has extensive experience serving at the executive level in several organizations, as well as on professional and non-profit boards of directors.

Daifuku Group subsidiary Wynright Corporation has appointed two new senior account executives to its Integrator Partner Program in the Western and Southeastern areas. After over four years with Wynright, Bryan Duncan will now take on responsibility for integrator partner business in the Western area of the USA. Previously with Schaefer, Dematic, TGW and FKI Logistex, Duncan has over 25 years of experience in material handling solutions. Duncan brings with him proficiency in highly automated solutions, including AS/RS, robotics, goods to person and unit sortation, along with expertise in convey and sortation systems. Rick DeFiesta has been appointed senior account executive for the Southeastern area and will work with Wynright Integrator Partners across the complete Daifuku product line. DeFiesta joined the Wynright direct sales team in 2013 and has over 30 years of experience covering sales, engineering, business development and management. He offers expertise in developing and implementing automated solutions including ASRS, AGVs, conveyor, sortation, palletizing and order fulfillment technologies in production, retail and wholesale distribution. Both Duncan and DeFiesta will report to Gordon Hellberg, VP integrator sales at Wynright Corporation.