Appointments, promotions, moves and changes in the supply change sector this week

January 15, 2018
by Inside Logistics Online Staff

January 15, 2018
by Inside Logistics Online Staff 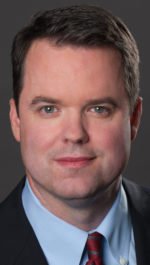 Frank McGuigan has been named chief executive officer of Transplace. Tom Sanderson has transitioned to the role of executive chairman and will serve on Transplace’s board of directors. McGuigan joined Transplace via its acquisition of SCO Logistics in April 2011, where he was CEO, and most recently served as the company’s president and chief operating officer, running all of sales and operations in North America.

Robert (“Bob”) Houghton has been appointed as CH Robinson‘s vice-president of investor relations and treasury. He will report to CFO Andrew Clarke. Houghton succeeds Tim Gagnon, who has been promoted to vice-president, NAST (North American Surface Transportation) business analytics. Houghton brings 20+ years of finance experience, most recently as CFO for Sherwin-Williams’ General Industrial Division. He also held leadership roles in financial planning & analysis and synergy capture in the Sherwin-Williams/Valspar transaction. He spent 15 years at General Mills in various finance roles, including director of investor relations. Bob earned a Master of Business Administration in Finance from the University of Minnesota – Carlson School of Management and a bachelor’s degree from Washington University in St. Louis.

Rasesh (Rash) Shah, who currently serves as president of the Rail Group for The Andersons, Inc, will retire in July 2018. Joseph McNeely joined the company as the new president of the Rail Group on January 8, 2018. Shah will provide transition assistance until he retires. McNeely has more than 30 years of experience in the financial, manufacturing and distribution industries, specializing in the railcar business. Most recently he served as president and CEO of FreightCar America, Inc. where he led the company’s transformation from a coal railcar manufacturer to a manufacturer of a diverse portfolio of railcars. McNeely also held vice-president roles at Mitsui Rail Capital and GATX Corporation. McNeely earned his bachelor’s degree in accounting from Illinois State University, Normal, Ill. He received his Master of Business Administration from the University of Notre Dame.