January 23, 2017
by Inside Logistics Online Staff

January 23, 2017
by Inside Logistics Online Staff 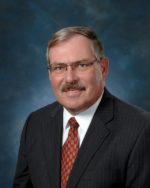 Norm Kukuk, executive vice president of marketing for ORBIS Corporation, was recently elected as the Reusable Packaging Association (RPA) chairman of the board for the 2017 term. The position was previously held by Hillary Femal, vice president of global marketing at IFCO SYSTEMS. The association comprises manufacturers, suppliers, end users and advocates of reusable packaging in North America and beyond. At ORBIS, Kukuk currently provides executive leadership for ORBIS’ marketing and product development efforts, including the planning, development and implementation of strategic business plans and goals. As RPA chairman, he will collaborate with the RPA board of directors and Tim Debus, RPA president and CEO, to execute the overall vision of growing membership, expanding end-user engagement and elevating the use of reusables.

Broekman Logistics appointed Willem Jan van Amersfoort as managing director warehousing and distribution. van Amersfoort started earlier this year at Broekman Logistics and was operationally responsible for all warehouse locations. With the departure of Jacques Klein Kramer, he has also taken on the commercial responsibility for the business unit.