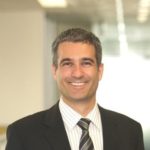 SCI promoted Chris Galindo to the position of president and CEO. SCI is a part of the Canada Post Group of Companies that also includes Purolator and Innovapost. Galindo, who has been a valuable executive at SCI for nine years, is taking over John Ferguson’s role, as Ferguson has been appointed to lead Purolator as  president and CEO. Galindo joined SCI in 2007 from The AMG Group of Companies, which was acquired by SCI Group Inc. At AMG, Chris Galindo was vice-president and general manager. Over the course of his career, Galindo has held a number of progressively senior positions spanning business development, marketing, strategic account management, solutions and operations. In addition to a Bachelor’s degree in Mechanical Engineering, Galindo has an MBA, with both designations completed at McMaster University. 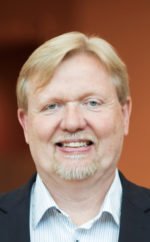 Bill Hjelholt has accepted a position as director of freight rail with HDR. His responsibilities include developing HDR’s vision and initiatives for continued growth and expansion of the freight rail sector across North America and globally. Hjelholt is based in the Richmond Hill, Ontario office. before joining HDR, Hjelholt served as senior vice-president, freight rail for AECOM. Hjelholt has held leadership roles on North American and international projects including project director for Côte-Nord Mining Railway Company’s 341-mile (550 km) heavy-haul iron ore railway between Quebec and Labrador. He oversaw a similar heavy-haul project in Guinea, Africa for the Simandou Railway. A significant feature of that project included the mobilization of more than 300 staff to deliver preliminary engineering for the 375-mile (600 km) iron ore line.

Chris Caplice, executive director of the MIT Center for Transportation and Logistics, will receive the Council of Supply Chain Management Professionals’ (CSCMP) 2016 Distinguished Service Award. He will be presented with the award during the Opening General Session at CSCMP’s Annual Conference in Orlando, Florida on September 26, 2016. Presented annually, the award was instituted in 1965 as a tribute to logistics pioneer John Drury Sheahan. In addition to his role as executive director at MIT, Caplice has also held key roles at Logistics.com, Sabre Holdings, and the Virginia Military Institute, and served as an officer in the US Army. 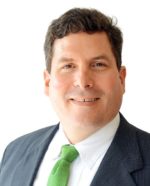 John P. Martin has been appointed director of Compass Logistics International (CLI) in North America. The logistics manager, who is well experienced in sales and marketing, comes from Agility Logistics in Atlanta, where he – as vice-president – was responsible for business development and major international customers such as Apple, Hitachi and Western Digital. Until the year 2000 he already led the worldwide Supply Chain Management Division at BAX Global, Inc. – an enterprise which today belongs to DB Schenker. After stops at two internet start-ups whose business he successfully helped to build up, Martin joined Agility in 2003. Martin studied transport economics at the University of Illinois.