Joseph (Joe) Dagnese has been appointed the new CEO for PECO Pallet. Dagnese brings more than three decades of leadership experience in global logistics and transportation, most recently as President of Con-way Freight and Executive Vice President of its parent company, Con-way Inc. Prior to Con-way Freight, he served as President of Con-way Truckload, Vice President of Menlo Logistics (a Con-way Inc. subsidiary), and Manager of North American Transportation Operations for Procter & Gamble. Dagnese replaces David Lee, who served as President and CEO of PECO Pallet since 2005. Lee’s insight, vision and experience in the pooled pallet industry helped guide PECO through a period of tremendous growth and innovation. David will continue to serve as advisor to the company during Joe’s transition. 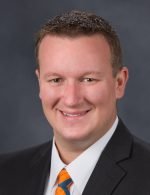 Intelligrated has promoted Chris Hillman to the position of sales engineer for its central regional operations. Hillman joined Intelligrated in a post-sales mechanical engineering role before most recently serving as an applications engineer, developing automated material handling systems for greenfield and existing facilities. He holds a bachelor’s degree in mechanical and manufacturing engineering technology from Northern Kentucky University.

Alliance Shippers Inc, a provider of global logistics services, has added Sherri Tipton to its sales team. With over 20 years of transportation experience, her areas of expertise extend into intermodal, flatbed business development and brokerage operations. As national account manager, Tipton’s primary focus is overseeing major accounts for inbound shipments to and from Canada, Mexico and the United States. In addition to managing existing accounts and obtaining new ones, she will also be responsible for analyzing pricing, presenting proposal packages, negotiating pricing and setting up or renewing customer contracts on an annual basis.

On its 50th anniversary, Saddle Creek announced the appointment of Scott Thornton as chairman of the company. He succeeds Saddle Creek founder David Lyons who passed away last July. A second-generation member of the Lyons/Thornton families, Thornton has worked for the company for more than 30 years in a variety of leadership positions. Most recently, he served as vice president of corporate development, responsible for strategic leasing decisions and building construction and for overseeing construction of millions of square feet of warehouse space.