James (Jim) Williams has joined Drone Delivery Canada in the newly created position of director of regulatory affairs, USA. Williams will oversee regulatory compliance and coordinate with the Federal Aviation Administration at Drone Delivery USA, to expedite the export of  drone delivery technology.

Effective May 16, 2018, Greg Gantt has been elected to serve as Old Dominion Freight Line, Inc.’s CEO, succeeding David Congdon, who has served as CEO since January 2008 and vice-chairman of the board of directors since May 2015. Gantt, who will also retain his current title of president, originally joined the company as a regional vice-president in 1994 and has assumed ever-increasing roles and responsibilities over the past 24 years. Congdon will become executive chairman of the board, succeeding Earl Congdon, who will transition to the role of senior executive chairman. Earl Congdon and David Congdon will both remain executive officers of the company. 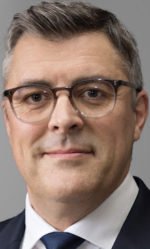 CEVA Logistics has appointed Eddie Aston to the position of managing director, UK, Ireland and Nordics (UKIN). Aston joins CEVA from Northgate the commercial van hire and leasing organization where he was UK Managing Director. In his new role he brings extensive, international executive level experience in supply chain management, logistics and business-to-business service companies. Aston will be based from the UKIN cluster’s head office at Ashby-de-la-Zouch in the Midlands and he succeeds Michael O’Donoghue who has been promoted to head of CEVA’s North America cluster.