November 27, 2017
by Inside Logistics Online Staff

November 27, 2017
by Inside Logistics Online Staff 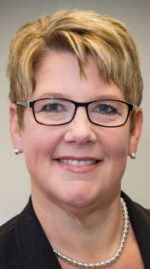 Nanette Efird has joined Savi‘s senior management team as the new vice-president of product management. A veteran in the world of supply chain logistics solutions, Efird is an expert in applying data analytics and Internet of Things technology to the global transportation industry.  Efird joins Savi from GE Transportation Digital, where, as senior director for strategic data and analytics solutions, she launched GE Transportation’s ocean port solutions business. Before joining GE, Efird served as the director of commercial products and services at Railinc Corp, an IT and software services firm for the freight rail industry. Efird graduated with a BS in business from North Carolina Wesleyan College. 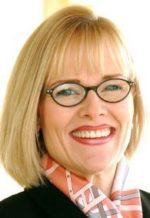 Amidst a number of global executive changes, Birgit Behrendt, has been named vice-president, joint ventures, alliances and commercial affairs, for Ford of Europe. Appointed a corporate officer in 2013, Behrendt is the highest-ranking German national and first-ever German national female officer working for Ford of Europe. In this newly created position based in Cologne, Behrendt will be responsible for all joint ventures and alliances in Europe, including the development of new arrangements to support the company’s business growth. Joining Ford in 1978, Behrendt has held various positions within purchasing and several global leadership roles. She most recently served as vice-president global powertrain purchasing and global purchasing operations in Dearborn, Michigan. Lisa Drake succeeds Behrendt as vice-president global powertrain purchasing and global purchasing operations. She also is appointed a company officer. 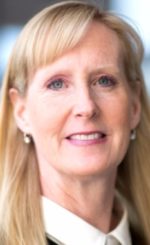 Sheila DiPalma has been promoted to senior vice-president of corporate employee services at Cognex. In addition, she has been named an officer of the corporation. DiPalma started with Cognex in 1992 as senior corporate accountant, and served in a variety of management roles in the company’s finance and tax departments before being promoted to treasurer in 2011. In 2015, her role was expanded to include management of corporate employee services. John Curran, Cognex’s senior vice-president and CFO, will take over DiPalma’s responsibilities in the treasury department.