SYSPRO appointed James Weir vice-president of sales, reporting to president James Moffatt. He will be responsible for accelerating SYSPRO Canada’s revenue growth, as well as, short and long-term sales operational strategy execution for the company. Weir assumes the role effective November 1, 2016. Weir joins SYSPRO Canada from IDENTOS Inc, an organization focused on platform as a service (PaaS) offering end-point security and mobile encryption technologies, where he was vice-president of sales for the Americas. Previously Weir led sales organizations in the technology sector including Merisel, Sage and Emergence Corporation, a Bermuda based ERP reseller. Weir will be based out of SYSPRO Canada’s central office location in Mississauga, Ontario. He replaces David Doyle, who has been appointed customer success director. Doyle will be responsible for developing key strategic approaches for accelerating and maintaining customer satisfaction across SYSPRO Canada’s entire customer base, including direct and channel customers. Doyle assumes the role on November 1, 2016. In his most recent role Doyle oversaw revenue achievement and growth from new customer acquisitions. His major achievement included growing the customer base in Western Canada by over 500 percent in the past six years. 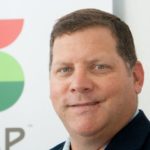 Brambles Limited is pleased to announce the appointment of Nessa O’Sullivan as CFO. Her appointment follows Brambles’ announcement on 22 February 2016 that the incumbent CFO, Zlatko Todorcevski, had decided to retire. O’Sullivan will take up the CFO role on 17 November 2016, when Todorcevski steps down. Todorcevski will remain with Brambles through February 2017 to facilitate a smooth transition. In joining Brambles, O’Sullivan will continue her successful finance career. Most recently, she spent ten years with Coca-Cola Amatil, based in Sydney, Australia, and served as its Group Chief Financial Officer from 2010 until 2015. Prior to that she held several senior management positions with PepsiCo and Yum! Restaurants International. O’Sullivan has a Bachelor of Commerce from University College Dublin and is a Fellow of the Institute of Chartered Accounts in Ireland. She holds dual Irish and Australian citizenship and has worked in Europe, the United States and Australia. She will initially be located in Sydney and will re-locate to the UK during 2017.