October 8, 2018
by Inside Logistics Online Staff

October 8, 2018
by Inside Logistics Online Staff

Material Handling Services, LLC’s founder and CEO Brent Parent has been named chairman of the board. Parent founded Total Fleet Solutions in 2001 and its parent company, Material Handling Services in 2005 and led the acquisition of Miner in 2012. With Parent’s move to chairman, MHS has named Thomas Cox as the company’s CEO. Cox has served on the board of directors since 2017. Before joining MHS, Cox served as CEO for FCX Performance, Inc., which culminated in the sale of the FCX to Applied Industrial Technologies in February of 2018. Previously, Cox was executive vice-president of sales at MSC Industrial Supply for 17 years and has held numerous executive leadership positions, including 10 years at TNT Express both in Europe and the U.S. 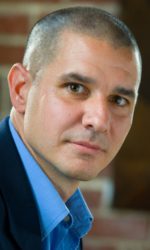 MercuryGate International, Inc. has hired Jeffrey Varon as its chief strategy officer. Varon has more than 20 years of experience in the supply chain and SaaS software industries. Before joining MercuryGate, Varon was the chief strategy officer at IQNavigator. Earlier, Varon served as senior vice-president and general manager of global business development at RedPrairie Corporation.