by Inside Logistics Online Staff September 24, 2018

Christina Keller has been named president and CEO of Cascade Engineering (CE). Keller assumes the position from current president and CEO Mark Miller who is retiring at the end of September. Keller has held a number of leadership positions of increasing responsibility since joining the Grand Rapids, Michigan-based company in 2009. From 2010 to 2013 she was the business unit leader for Triple Quest. In 2013, she was named President of CK Technologies (CKT). In 2016, Keller returned to Grand Rapids as President of the Campus Business Team (CBT). Outgoing CEO Mark Miller started with Cascade Engineering in 2006, as the vice president of sales and marketing for CK Technologies.

Philadelphia Scientific LLC has appointed Charles Snyder as vice-president of sales and marketing. In this role, Snyder will oversee the company’s sales, marketing, promotional and public relations activities in North, Central and South America. For seven years previously he led a Philadelphia Scientific team that provided new product development, manufacturing support and the delivery of custom business solutions. Snyder earned a bachelor’s degree in mechanical engineering from Drexel University and a master’s degree in systems engineering and an executive master’s technology management degree from the University of Pennsylvania. 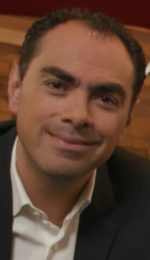 – cargo operations and customer experience, a role previously held by Julian Soell. Figueroa will transition from Aeromexico Cargo to Delta Cargo to lead a team of over 1,600 employees, managing Delta’s worldwide cargo operation. This appointment is part of an international talent exchange program between Delta and Aeromexico, which aims to share best practices and skills across all areas of the business. With 12 years in the airline industry, Figueroa most recently served as vice-president for Aeromexico Cargo, with prior roles as vice-president – ground handling for Aeromexico and as chairman of the board for SkyTeam Cargo Alliances.