Ian MacKenzie has been appointed head of logistics for Kit and Ace. Kit and Ace is a new apparel company based in Vancouver, BC. In the new role, Mackenzie will be responsible for ensuring products and information flow efficiently from the design process and manufacturing partners right through the distribution network to shops and online customers. He is responsible for developing and executing a regional, national and global logistics and distribution strategy that ensures the on time delivery of goods from vendors in multiple countries thru various channels. MacKenzie was previously with Best Buy Canada for seven years. He joined them in 2006 as the Western Canadian DC manager, and from 2009 to 2013 was director of logistics. Previously he was the DC manager for GFS Canada’s Pacific Division, has owned his own transport company and provided consulting services in the transport industry. Mackenzie was a guest speaker on MM&D’s panel presenation this past January at the Cargo Logistics Canada conference in Vancouver. 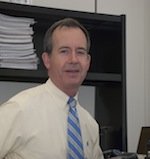 Daifuku Webb Holding Company has promoted Michael Farley to senior vice-president, general counsel and secretary. In his new role, Farley will continue to lead all corporate legal functions, as well provide strategic counsel to all Daifuku Webb companies, including Jervis B Webb Company, Daifuku America Corporation, Wynright, and Elite Line Services.  He holds a Bachelor of Arts Degree in Economics and Juris Doctorate in Law from Tulane University. He joined the Jervis B Webb Company almost 15 years ago and most recently served as General Counsel and Secretary. Previously, he was an attorney in private practice in Washington, DC, Richmond, Virginia, and Detroit, Michigan, focusing primarily on environmental law and litigation.

Anton Khodakovsky has been appointed as Volga Dnepr Group’s vice-president, Japan and South Korea. Khodakovsky has considerable industry knowledge and experience. He started work in the freight industry over 15 years ago and has accumulated a deep understanding of the air cargo business. In 2004, after holding various positions in the freight sector, he joined Volga-Dnepr Group. During his 10 years with AirBridgeCargo, Anton has held various roles, including commercial director and regional director, Russia and CIS. His mentoring and coaching skills enabled him to develop a highly professional sales team which drove the company’s growth in the ever-changing market environment.

The Port of Pittsburgh Commission (PPC) has appointed Stephen Martinko executive director. Since January, 2013, Martinko has been the deputy staff director of the U.S. House of Representatives Transportation and Infrastructure Committee and previously served as chief of staff for U.S.  Congressman Bill Shuster (R-PA). Martinko was instrumental in the development of the Water Resources and Reform Development Act (WRRDA) that was signed into law by President Obama earlier this year.