April 20, 2020
by Inside Logistics Online Staff

April 20, 2020
by Inside Logistics Online Staff 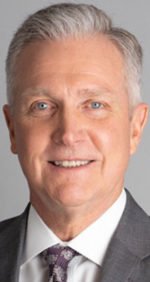 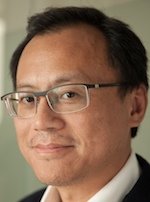 Peter Freedman will step down as managing director of the Consumer Goods Forum (CGF) after leading the organization for more than six years. Freedman joined the CGF as MD in January 2014 and will hand over his responsibilities as MD on June 1, 2020. His successor will be Dr Wai-Chan Chan, currently senior partner and co-leader of the retail and consumer goods practice at Oliver Wyman.  Chan brings more than 25 years of retail and CPG experience globally, with a particular focus on Asia and Greater China. Before joining Oliver Wyman, Chan was a partner at McKinsey & Company, a director at OC&C Strategy Consultants and the North Asia regional director for the retailer Dairy Farm, where he ran the Wellcome, 7-Eleven and Mannings banners.

The board of directors of Schneider National, Inc. has nominated Robert M. Knight, Jr. for election to the board of directors at the Annual Meeting of Shareholders on April 27, 2020. Knight is expected to also serve on the Compensation Committee of the Board. Knight served as chief financial ffficer of Union Pacific Corporation from 2004 until his retirement in 2019. He previously served on the Boards of Grupo Ferroviario Mexicano and TTX Company where he was lead director and chair of TTX’s Compensation and Audit Committees. Knight holds an MBA from Southern Illinois University.