The Ontario Northland Transportation Commission (ONTC) appointed Corina Moore as president and CEO. Since October 2014, Moore has served as the company’s interim president and CEO. She joined Ontario Northland in 2005 as director of the Telecommunications Division and has since served in several executive leadership roles within the organization. In 2010 she became COO and vice-president of the Refurbishment Division. She holds a degree in Systems Design Engineering and Business Administration and Management from the University of Waterloo. 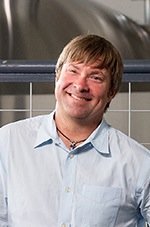 Chris Spradley has joined Satellite Logistics Group (SLG) as craft brand account manager. In this newly created position, Spradley will serve as a liaison between craft beer customers and the company’s innovation, technology and business development areas. His first priority will be to introduce existing and potential SLG customers to the company’s KegID asset-tracking capability. Spradley is the co-host of a radio show focused on beer and recently launched a new television series for craft beer lovers. His  background includes experience in sales, marketing and distribution as well as restaurant management. Most recently, Spradley served as president of Craft Beer Consultants LLC.

Effective August 8, 2015 Mark Yeager resigned his position as president and COO of Hub Group. He will remain a member of Hub’s Board of Directors. David Yeager, Hub’s chairman and CEO, will be assuming Mark’s responsibilities on an interim basis while the Company selects a replacement.

Michael Kucinski has been named director of sales for Con-way Multimodal, the freight brokerage division of San Francisco-based Menlo Logistics. He was director of human resources for Con-way Freight since 2009. Beginning his tenure with Con-way Freight in 1991, he served in a variety of increasingly responsible sales and operations leadership capacities, working both in the corporate office and in field assignments as service center manager and account manager. He has a bachelor’s degree in literature, science and the arts, with a concentration in economics, from the University of Michigan. He will be located in Con-way Multimodal’s Ann Arbor office. 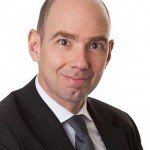 SMARTRAC appointed Goetz Moeller as CFO. He takes over the role from Christian Uhl, who became the company’s CEO in November 2014 and has carried on as acting CFO since that time. Moeller holds a PhD in Physics and a Masters degree in Business Administration, and has a long track record as a top-level management consultant and Board Member in companies with diverse ownership structures.