August 17, 2020
by Inside Logistics Online Staff

August 17, 2020
by Inside Logistics Online Staff 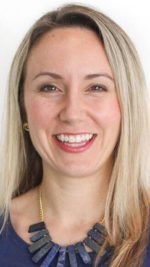 Rebecca McKillican is the new CEO of McKesson Canada. McKillican succeeds Domenic Pilla, who announced his plans to retire from the company in late 2019. McKillican leads McKesson’s businesses in Canada including pharmaceutical distribution operations, McKesson Canada Specialty Health, McKesson’s independent pharmacies, e-commerce retailer Well.ca, and Rexall Pharmacy Group. She joined McKesson three years ago with the acquisition of Well.ca. Her background also includes senior roles at New York City-based Kohlberg, Kravis & Roberts (KKR), and McKinsey & Company. McKillican earned her MBA at the Harvard Business School, and also holds an HBA, and a B.ESc in software engineering from Western University. In 2018, she was named one of Canada’s Top 40 Under 40.

Aaron Ravenscroft has been appointed president and CEO, and a member of the Board of Directors of The Manitowoc Company, Inc. Ravenscroft succeeds Barry L. Pennypacker, who is stepping down as president and CEO and as a member of the Board. Pennypacker will continue in an advisory role through December 31, 2020. Ravenscroft joined Manitowoc in March 2016, and has been responsible for the company’s cranes business globally. He brings more than 17 years of extensive operational, sales and marketing, and international leadership experience in industrial and engineered equipment products to the position of CEO.

UPS has appointed Angela Hwang to its board of directors. Hwang is group president of the Pfizer Biopharmaceuticals Group, which comprises approximately 80 percent of Pfizer’s revenues. She is a 23-year veteran of Pfizer, and has held numerous leadership roles within the company. She has held more than 10 different positions in the company, spanning strategy, product development, marketing, sales, and general management. Hwang also sits on the boards of EFPIA (European Federation of Pharmaceutical Industries and Associations), as well as the Pfizer Foundation, a charitable organization that addresses global health challenges. Hwang received a Bachelor of Science in Microbiology and Biochemistry from the University of Cape Town, and an MBA from Cornell University.