December 21, 2020
by Inside Logistics Online Staff

December 21, 2020
by Inside Logistics Online Staff 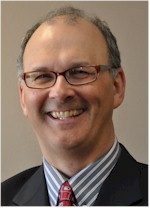 Effective January 1, 2021, John Corey will be appointed president at the Freight Management Association of Canada (FMA). Corey replaces Bob Ballantyne who has led the association since 2002. Corey joined FMA as vice-president in January 2020 after a long and distinguished career at the Canadian Transportation Agency. He worked in both the Air and Rail branches of the Agency where he played a major role in dispute resolution between the federally regulated freight railways and their customers. Corey has a Bachelor of Science degree from Concordia University and a Certificate in Business Administration from the University of Ottawa. He has been a member of the Chartered Public Accountants of Ontario since 1990.

Larry Coyne, CEO of Coyne Airways and Coyne Aviation, has been selected by TIACA’s Chairman’s Council as the association’s 2020 Hall of Fame Recipient. The annual TIACA Hall of Fame Award honours professionals with outstanding achievements in the development of the air cargo industry, exquisite leadership record and an innovative spirit. Coyne established Coyne Aviation in 1994, providing cargo charter flights to the fast-developing CIS countries, in particular to Transcaucasia and Central Asia. Throughout his career  Coyne was a passionate advocate of security, liberalization of cargo traffic rights and the removal of obstacles to the growth of the industry. He joined TIACA’s Industry Affairs Committee in 1998. After serving on TIACA’s Industry Affairs Committee, Coyne was then elected to serve as vice-chairman and eventually chairman of the association where he championed security, liberalization and the growth of air cargo industry. Coyne joins a star-studded group of 54 air cargo leaders who have received the prestigious Hall of Fame Award since its launch in 1997. 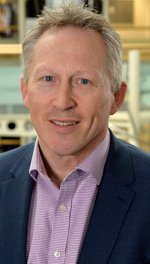 IAG Cargo, the cargo division of International Airlines Group (IAG) has appointed a new head of sales. The internal promotion sees Darren Peek appointed to the newly created role from his prior role as regional commercial manager for Europe and Africa. Peek has held many senior roles with IAG Cargo and British Airways and has over 25 years of experience in the industry.