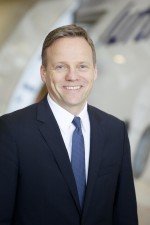 Effective 1 April 2016, Sören Stark will be appointed to the Executive Board of Lufthansa Cargo with responsibility for operations. The industrial engineer is currently in charge of aircraft maintenance at Lufthansa Technik. In this post, he is responsible for all the maintenance events and cabin modifications that are carried out worldwide by Lufthansa Technik. Stark succeeds Dr Karl-Rudolf Rupprecht, who has been in charge of operations since April 2011, and who will retire at the end of March. In the future, as Board Member, Operations, Sören Stark will be responsible for handling in Frankfurt, Munich and the Lufthansa Cargo Service Center, as well as the areas of Global Handling Management, Flight Operations & Transport Management and Security & Environmental Management.

Dan March has been appointed CEO of the world’s largest independent forwarder network, WCA, with founder David Yokeum becoming Chairman, and Ram Menen joining a new global Supervisory Board. Based in London, March, who has been WCA Communications Director for over five years, will oversee the day-to-day operations and work closely with Yokeum and the new non-executive Supervisory Board – comprising Eric Fady, Philip Bilney, and Jim Barnhart, as well as Ram Menen. Yokeum, who founded WCA in 1998 as the first worldwide non-exclusive network, will remain actively involved in overseeing the direction and strategy of the company. James Barnhart, a fully qualified CPA with a successful 40-year history in the logistics business, helped build WCA in his previous role as VP Finance and will now act as Company Treasurer. Philip Bilney is Group Chief Executive of FP Marine Risks – Asia’s premier marine insurance broker. Bilney began his career in marine insurance at Lloyd’s of London and has worked in Asia since 1990. Eric Fady, based in London, has fulfilled senior finance executive positions for a range of global insurance, banking and business information companies and was most recently Group CFO and Board member of Hyperion Insurance Group.