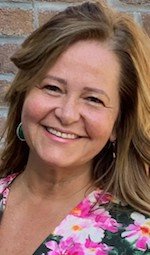 Bolloré Logistics has appointed Andrea Carrijo head of human resources for the Americas. Carrijo will report directly to Bolloré Logistics Americas’ CEO, Yves Laforgue. She has more than 21 years of human resources experience in several industries, including retail, life-science and hospitality. She is also multilingual, speaking English, Portuguese, Spanish and French. Two new HR managers have also been appointed: Claire Roussie for the U.S. and Antoine Voisard for Latin America.

CIS Group of Saint-Jérôme, Quebec, has appointed a new executive team. Bertrand Tougas is vice-president of operations, André Wolfe is vice-president of innovation and technology, and Éric Tessier is president and CEO. Tougas has a leader’s grasp of operations management. Wolfe has been successfully delivering CIS Group solutions for over 30 years. Tessier takes over as president and CEO from company founder Jacques Tessier. CIS Group provides direct store delivery, merchandising, and sales force automation software solutions. 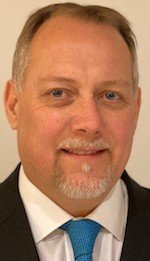 e1 Marine has appointed Stuart Crawford managing director. Crawford was previously CEO of Clean Ocean LNG, fleet director of Seaspan Ship Management, and head of technical at Pioneer Marine. He is an experienced merchant navy officer who served 20 years at sea and progressed to the rank of chief engineer. Crawford is a graduate of South Shields Marine School’s Marine and Mechanical Engineering program, and the Copenhagen Business School’s Blue MBA. e1 Marine is developing technology for the use of hydrogen as marine fuel. 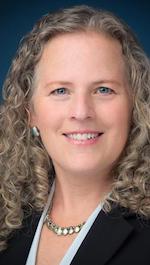 Sandra Kilroy has been promoted by the Port of Seattle to senior director of environment, sustainability, and engineering. Kilroy was previously the port’s director, maritime environment and sustainability. She was most recently involved with the Northwest Ports Clean Air Strategy, an agreement between the Ports of Seattle, Tacoma, and Vancouver Fraser Port Authority, which commits the three ports to go carbon neutral by 2050. Before joining the Port, Kilroy was the assistant director at King County’s Wastewater Treatment Division where she managed the organizational health of the largest wastewater utility in the Pacific Northwest. She has over 30 years of experience in the environmental industry and served on several boards including the Center for Sustainable Infrastructure, the National Association of Clean Water Agencies, and the Coalition for Clean Water. Kilroy holds a Master of Marine Affairs from the University of Washington.