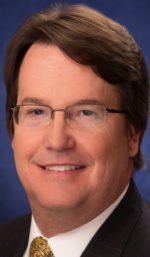 Sealed Air Corporation‘s board of directors terminated the employment of William G. Stiehl as CFO, for cause, and appointed James Sullivan as CFO to replace him. Sullivan has more than 20 years of experience in leadership roles in the industrial and manufacturing sectors. He most recently served as the executive vice-president and CFO of Joy Global, from 2012 to 2017, where he oversaw the company’s global finance and accounting organization. He was previously CFO of Solutia from 2004 until its acquisition by Eastman Chemical Company in 2012. Before that, Sullivan spent five years as Solutia’s vice-president and controller. He currently serves on the board of Jason Industries.

After 26 years as chairman and CEO of Park-Ohio Holdings Corp., Edward Crawford has resigned to assume the responsibility as the U.S. Ambassador to the Republic of Ireland. ParkOhio will continue to be led by the current chairman and CEO, Matthew Crawford. 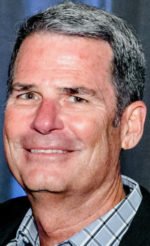 Project44 has welcomed Bill Conroy to its board of directors. Conroy built his career managing hyper-growth periods for billion-dollar organizations. As president, CEO, and director of Initiate Systems, he oversaw a 700 percent growth in revenue before orchestrating the company’s sale to IBM. He has also held leadership roles with Click Commerce, Insight Capital Group, TenFold Corporation, and Oracle. Currently serving as president of his own advisory firm, Conroy Advisors, LLC, Conroy also sits on the board of The Cara Program, Instructure, Inc., and DialogTech. 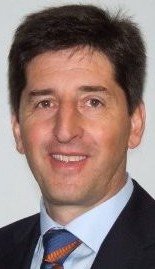 Material Handling Systems, Inc. has appointed Markus Augeneder, the former CEO Central Europe of TGW Logistics Group, as its CEO of international. He succeeds Scott McReynolds, who was recently promoted to CEO of MHS. Augeneder will be based in the company’s Houten, Netherlands office and will be responsible for overseeing MHS’s overall strategic direction and growth outside of North America, while reporting directly to McReynolds.

LLamasoft has apointed Karthik Mani as executive vice-president and chief product officer. Most recently he served as EVP of products and delivery at Avitru. Previously he was a senior vice-president at Equifax where he led several areas of the business including sales, customer delivery, marketing new products and technology and analytical services. His leadership experience also includes positions at TrueDemand Software where he was vice-president of product management, and i2 Technologies (now JDA Software) where he was the original product manager for their first optimization solution and he went on to serve in several vice-presidential roles.