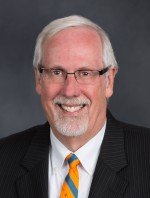 Gilberto Lopez Meyer will take up his role as Senior Vice President for Safety and Flight Operations (SFO) with IATA on October 19, 2015. Lopez Meyer will be based in Montreal and succeeds Kevin Hiatt who left IATA in July. He joins IATA from the Mexican Civil Aviation Authority which he has twice led as its Director General (2003-2008 and from 2014 to the present). Nick Careen will take up his role as Senior Vice President for Airport, Passenger, Cargo and Security (APCS) for IATA on October 1, 2015.  He succeeds Tom Windmuller who retired from IATA in August after nearly a quarter century of serving the industry. The APCS role, which was created in a 2013 reorganization, is being shifted from the executive office in Geneva to IATA’s Montreal headquarters. Careen will oversee a team with a significant presence in both Montreal and Geneva. Before IATA, Careen built his career in Air Canada and its subsidiary Jazz where his last role was as Air Canada Vice President for Airport, Call Centers and Customer Relations, a position he held from 2013 to 2014.