October 28, 2019
by Inside Logistics Online Staff

October 28, 2019
by Inside Logistics Online Staff 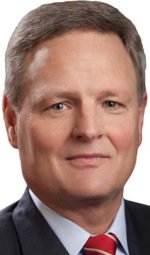 Jim Barber, UPS‘s COO will retire at the end of December 2019. Serving UPS for nearly 35 years, he joined the company as a delivery driver in 1985. Before assuming responsibility for UPS’s International business in 2013, he served as president of UPS Europe. Drawing upon his experience in UPS’s Mergers and Acquisitions Group, he oversaw several key acquisitions and integrations. Earlier in his career, Barber held diverse positions in finance and operations management located in the U.S., UK, Belgium and Germany. Barber also serves as a trustee of The UPS Foundation, and on the board of the Folks Center for International Business at the University of South Carolina. In 2018 Barber was awarded the British-American Business Corporate Citizenship Award. 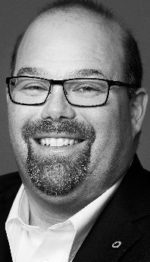 Frank Robertson is taking on a new role as vice‑president, operations of Logistec Stevedoring (Ontario) Inc. Since joining the company in 2017 with more than 15 years of experience in the marine terminal operations and supply chain logistics field, most recently with Oshawa Stevedoring, Inc, he has been tasked with developing an in-depth overview of Logistec’s terminal network.

Jim Cochrane has joined the Visible Supply Chain Management Board of Directors. Previously, Cochrane served as the chief marketing and sales officer at the United States Postal Service (USPS). Before that, he was chief information officer and executive vice president at USPS, where he was responsible for the integration of technology and innovation in all aspects of operations. At USPS Cochrane spearheaded the advancement of new mail intelligence, engineering systems, information technology systems, payment technology, secure digital solutions and corporate information security.

Brian C. Murray has resigned from the Roadrunner Transportation Systems, Inc. board of directors due to the increased demands as CEO of Ryan Companies. Murray, who served as the chair of the audit committee, is succeeded in that role by Donald C. Brown, who joined the board in May.