September 14, 2020
by Inside Logistics Online Staff

September 14, 2020
by Inside Logistics Online Staff

Drone Delivery Canada Corp. has promoted Manish Arora to CFO. Arora joined DDC in August 2019 as corporate controller. He previously served as corporate controller for Cardinal Health Canada and previously worked with Vector Aerospace, Martinrea International and Magna Powertrain. Arora has over 15 years of experience. He is a chartered professional accountant (CPA, CMA) who earned his designation in 2008.

Dennis Cooke has been named president and CEO of TransForce Group, succeeding David Broome, the company’s founder, who now serves as executive chairman. Cooke most recently was president of global fleet management solutions for Ryder System, Inc. for nearly a decade. He brings to TransForce more than 30 years of business leadership experience in the healthcare, security, and transportation and logistics industries. He earned his MBA from the University of Chicago. 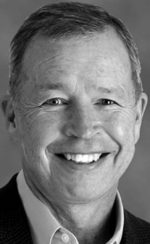 Columbus McKinnon Corporation director R. Scott Trumbull has died after a long illness. Trumbull served as chairman of the compensation and succession committee as well as a member and former chairman of the audit committee. During his business career, he was the non-executive chairman of the board of Franklin Electric Company, Inc. until his retirement in May 2015. Trumbull joined the board of Franklin Electric in 1998 and was elected chairman and CEO of the company in 2002 until his retirement in May 2014.