You can’t say what you think 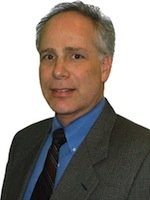 The law of defamation tries to balance two often-competing societal interests: the importance of the protection of reputation; and freedom of expression.

In the leading case of Hill v. Church of Scientology of Toronto, the Supreme Court of Canada re-balanced the common law of defamation, emphasized the importance of the protection of reputation and confirmed that the right of freedom of expression, guaranteed under the Canadian Charter of Rights of Freedoms, is of a limited nature.

Essential elements of the tort
The aim of the law of defamation is to protect the reputation of individuals and corporations from the publication of false statements which could harm their reputation in the community. Defamation comprises two sub-categories: slander and libel. Spoken and other transitory forms of communication, like sounds and gestures, fall within slander. Defamatory words published in the form of written, visible or audible words recorded in any form of a more or less permanent nature, like letters, newspapers, films, or television and radio broadcasts, are usually classified as libel.

Other forms of immediate communications, particularly involving the Internet, like instant messaging, tweeting and blogging, have added new dimensions to the law of defamation, especially to the meaning and effect of publication, which has forced Canadian Courts to adapt the traditional rules to better fit into the new global landscape.

Generally, defamation is a strict liability tort. Defendants will be liable for publishing a defamatory statement even when the intention was innocent.

Unless the defendant displaces these presumptions, the plaintiff will be entitled to a judgment in its favour. The law places an onus on the defendant who, in order to avoid liability, must establish a positive defence. The plaintiff may then be able to defeat certain defences by establishing that the defendant acted with malice. Depending on the facts and circumstances of a particular case, a defamation action can be extremely complex, risky, time-consuming and costly.

Publication by the defendant
The plaintiff must prove the defamatory words were published by the defendant, that is, communicated to someone other than the person defamed. Any act which has the effect of transferring the defamatory information to someone else—a third person—constitutes a publication. Symbolic ceremonies, dramatic pantomimes, mimes, brochures, gestures, handbills, letters, photographs, placards, posters, signs, or cartoons, can be a publication. What is required is that the defendant had “knowing involvement in the publication of the relevant words”. Certain Canadian provincial defamation statutes contain provisions presuming publication in some circumstances. However, certain persons who play a secondary role in the distribution of words, like news agents, book sellers and libraries, may have a defence of “innocent dissemination” if they can prove they were not aware.

In determining whether a plaintiff has satisfied the essential elements of a defamation action, the court will take into consideration all of the circumstances of the case, including the circumstances of publication which will vary with time, place and context, the reasonable implications the negative words might bear, the context in which the words are used, the audience to whom they were published and the manner in which they were presented.

A defendant in a defamation action has several potential defences available that may provide protection. In Part Two of this article, the principal defences are discussed.