The year was 1997. In Cincinnati, Ohio, a group of businesses came together for a meeting. They were independent pallet recyclers, pallet manufacturers and brokers, and they were struggling to combat an increasingly difficult threat, where market share was slowly but inexorably being eroded by one dominant competitor.

As the story goes, each party agreed to chip in about US$50,000 to start a new company. It was founded as the Pallet Exchange Company. Those investments provided the seed capital to build a network with a new inventory of rental pallets, from which they could all draw. 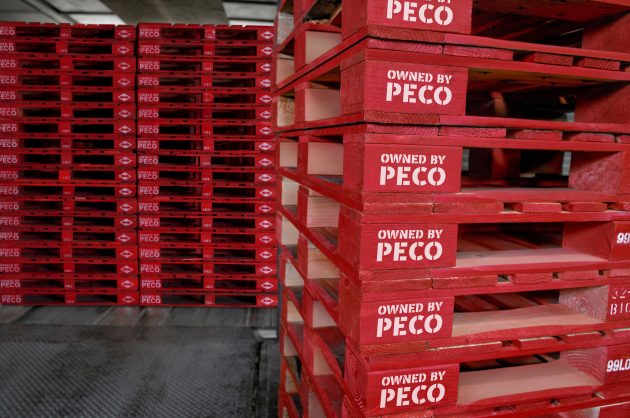 Shortly after, to avoid confusion with the old market for exchanging white wood pallets – and help give the emergent rental pallet business its own identity – the name was changed to PECO Pallet, Inc., and the product was adapted to its signature red block pallets.

Today, that business has grown into North America’s second-largest rental pallet pool operator, with 400 employees directing an operation that serves 700 corporate rental customers and 360 distributors with an inventory of nearly 22 million pallets.

“PECO started from the humblest of beginnings, an idea to address a market whose needs were changing, with customers demanding a differentiated service model,” said Joe Dagnese, PECO’s chief executive.

“Twenty five years later, what we remember and celebrate most is that our customers, employees, investors, and valued suppliers and partners believed in us. We recognized then, and today, that we must continuously earn our clients’ trust and their business through our performance. And that’s why we are here 25 years later, and why we look confidently forward to the next 25 years.”

PECO’s pallets can be found delivering goods at thousands of stores across North America, serving big-box retailers, club stores, consumer products companies, grocers and other businesses. They play a critical supply chain role; pallets are the primary platform on which businesses stack, secure and ship products of all types in trucks, intermodal rail containers and other conveyance vehicles.

PECO’s managed pool of pallets is deployed among management locations in the U.S., Mexico and Canada. It has depots in Vancouver, Calgary, Winnipeg, Toronto, Montreal, and the Maritimes. The company works with nearly 100 independent truckload carriers to fulfill and deliver pallet orders to manufacturers, as well as recovery and return of pallets from retailers and distributors to its depots.