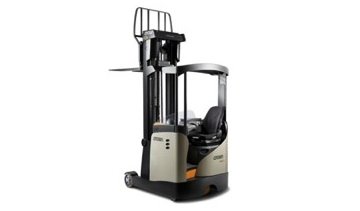 According to the museum, a record number of submissions were entered for the 2010 GOOD DESIGN Awards, representing corporations in the design industry from more than 48 countries. This marks the third international design award for the Crown ESR 5000 Series and the 10th GOOD DESIGN Award for Crown Equipment.

“The Crown ESR 5000 Series is designed to ensure that every aspect of the vehicle is tuned to the operator’s needs, allowing him or her to work more efficiently in an ergonomically enhanced environment,” said Mike Gallagher, vice-president of Crown Equipment’s Design Center.

According to Crown Equipment, its ESR 5000 Series provides operators with precise control, better visibility, reduced fatigue and easy access to tools. The cabin features a larger work space, 30-percent more leg room and a rotating MoveSeat with headrest and FlexBack.

Along with the GOOD DESIGN Award, the Crown ESR 5000 Series has been recognized by the Industrial Designers Society of America (IDSA) with a Gold International Design Excellence Award (IDEA) and an International Forum (IF) Gold Award.