It was a volatile year in 2022, and 2023 looks to promise more of the same for shippers. Complicating the lingering effects of the pandemic with its capacity constraints and congestion, soaring fuel prices, and now a recession, are creating a mix of fluctuating demand and increasing surcharges.

As always, we asked Canadian shippers to tell us what they expect in their transportation contracts going into 2023. Our survey was in the field from the last week of October to the final week of November, 2022, and we hope this up-to-the-minute polling will give you an accurate reading on what’s coming for the next year.

The following pages include the highlights of what we found for shippers in Canada who use truckload, less-than-truckload, rail, air, intermodal and courier modes. We look at prices changes, capacity concerns, and surcharges.

The majority of respondents (65 percent) were in Central Canada (Ontario and Quebec), with 26 percent in the western provinces and seven percent in the East. One percent hailed from the territories. 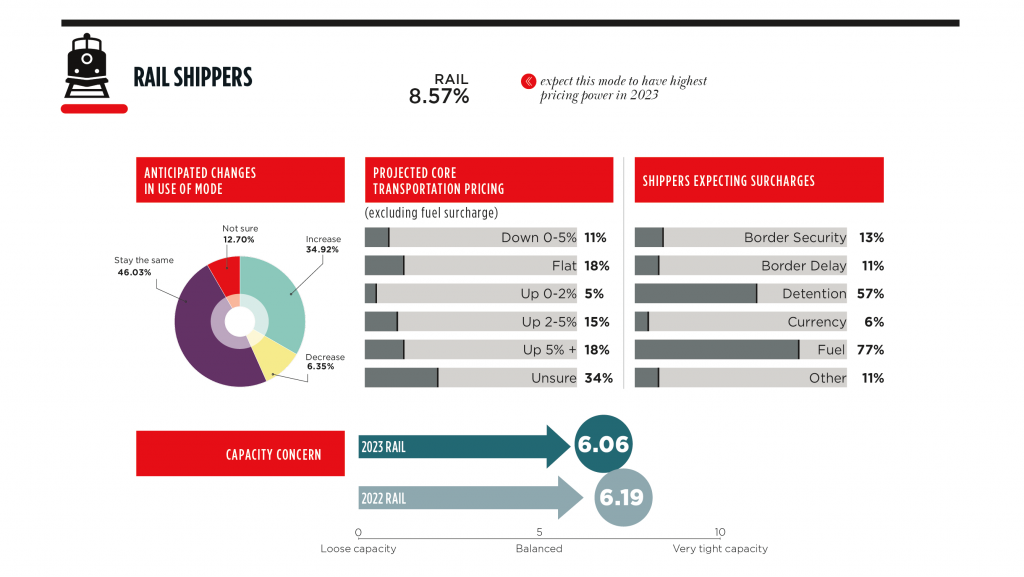